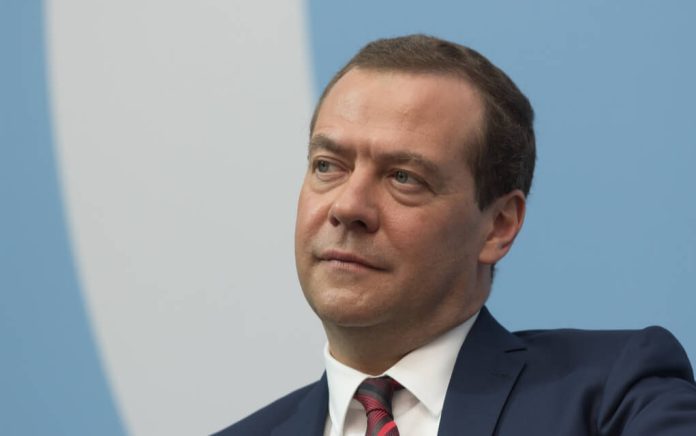 (UnitedVoice.com) – One of the Russian President Vladimir Putin’s closest political allies has issued a thinly veiled threat to the west. Dmitri Medvedev slammed the “Russophobia” of western governments and warned his country isn’t intimidated. Was this a hint at nuclear blackmail?

On March 17, Medvedev, who served as Russian president from 2008-2012 in a political maneuver to help Vladimir Putin get around the two-term limit on the country’s presidency, accused the US and other western countries of spreading hatred of Russia and its people. Medvedev said the west’s goal was to force Russia into submission, but he insisted, “It will not work.” He then went on to say, “Russia has the might to put all of our brash enemies in their place.”

Russia warns United States: we have the might to put you in your place https://t.co/VutdyLxvdS pic.twitter.com/OvmUvB2UuH

Medvedev’s statement has Kremlin-watchers alarmed. His open identification of the west as enemies suggests Russia’s leaders are in no mood to compromise, but the reference to Russian “might” is even more worrisome. Despite Russia’s huge geographical size, its economy was ranked 11th globally even before the devastating sanctions it struggles under now. Its conventional armed forces are struggling in Ukraine. Russia’s “might” only compares to the west in one area: nuclear weapons.

Was Medvedev just blustering, or was he reinforcing Putin’s own threats of nuclear escalation if the west doesn’t step back and let him crush Ukraine? What will happen if western leaders back away from Russia’s nuclear saber-rattling? And what might happen if they don’t?