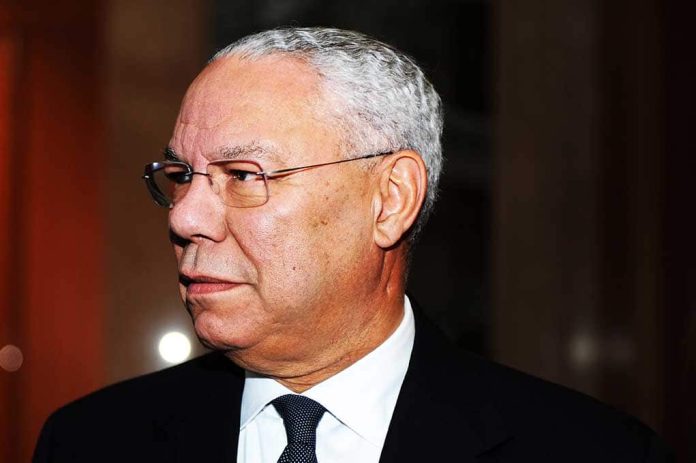 (UnitedVoice.com) – Before former President Barack Obama was elected the first African-American to sit in the Oval Office, there was another man who many thought would fill that spot in history. General Colin Powell was the first black man to serve three very high-ranking roles in the government. And now, the country is mourning him.

On Monday, October 18, Powell’s family announced he’d passed away from coronavirus complications at Walter Reed Medical Center. The longtime Republican was fully vaccinated when he contracted COVID-19. He was due to receive a booster shot but fell ill before he could get it. A spokesperson for the general said his immune system was compromised by multiple myeloma, a type of cancer that prevents the immune system from working properly. He was undergoing treatment for it at the time of his death and was also being treated for Parkinson’s disease.

Today we mourn the passing of one of America’s strongest leaders. Colin Powell will forever be remembered as a great public servant and American patriot. He dedicated his life to this nation and broke countless barriers along the way.

General Powell was a trailblazer for black people in American politics. He served in the US Army for 35 years, where he rose to the rank of general. After the Vietnam War, he attended Georgetown University and later the National War College. Powell served a White House Fellowship under President Richard Nixon. He would later serve under three more Republican presidents, Ronald Reagan, George H.W. Bush and George W. Bush.

Powell was the first black secretary of state, national security adviser and chairman of the Joint Chiefs of Staff. He was awarded the Presidential Medal of Freedom twice. At one time, it was thought he might become the first African-American president, but he never ran for the office.

The general leaves behind his wife of 59 years and three children, and we send them our deepest condolences.