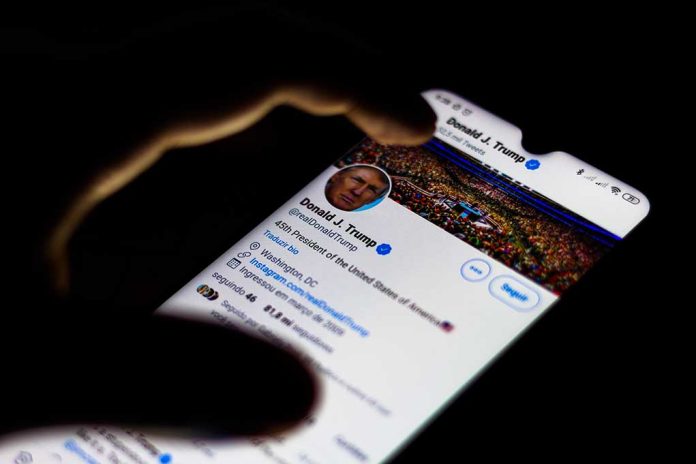 (UnitedVoice.com) – When Conservatives heard that Tesla founder Elon Musk wanted to buy Twitter, many became excited about the possibility former President Donald Trump might return to the platform. The hosts of Fox News’ “The Five” believe that will happen despite what the man himself said.

When Musk extended his $44-billion offer to purchase Twitter, he said he believes the platform is the town square and free speech is essential to the health of the nation.

Many believe Trump will once again be allowed back on the platform. For his part, the former POTUS released a statement saying he had no intention of rejoining Twitter and would remain on his own platform, TRUTH Social instead.

ICYMI: "Trump will not return to Twitter even as Elon Musk purchases platform, will begin using his own TRUTH Social"https://t.co/EazaHDWEis pic.twitter.com/x1OX18wb70

“The Five” hosts don’t believe him. Geraldo Rivera said he thinks Trump will “change his mind in 10 minutes” if Musk lifts his permanent ban. Jeanine Pirro and Greg Gutfeld agreed. Gutfeld, like Rivera, doesn’t think the former president will be able to help himself.

However, it’s worth mentioning that although Trump used to love Twitter, he now owns his own social messaging app, TRUTH. It’s entirely possible he might decide to stay on the platform he has control of, rather than subject himself to the rules of someone else’s social media company again. Time will tell.