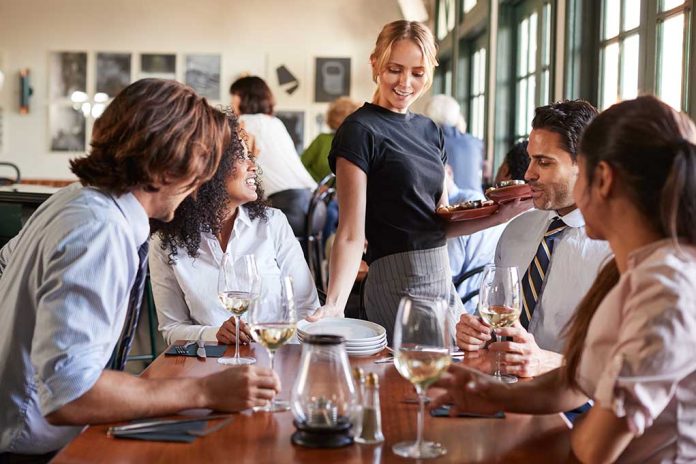 (UnitedVoice.com) – For the last couple of years, workers have benefited from the tight labor market by receiving higher wages, bonuses, and other perks as employers try to attract workers. As inflation and gas prices remain high, some businesses are grappling with ways to offset their costs. A now-former executive for a chain of Applebee’s franchises is in hot water after suggesting exploiting employees might be the best way to cut costs.

On March 9, Wayne Pankratz sent out a memo to the managers of Applebee’s restaurants owned by the company Apple Central. In the email, which was later leaked to the public, he talks about rising inflation and gas prices coupled with the lack of government assistance creating an environment where workers who are living “paycheck to paycheck” are desperate to make ends meet.

The former executive discussed “mom and pop companies or smaller businesses” going under because of the increased costs, which would drive more workers into the labor market. He told the managers that all of that desperation will allow the company to hire employees at a lower wage to decrease the company’s costs.

Wayne Pankratz of @Applebees says that higher gas prices are great for business because most employees live check to check and hopefully they can start lowering wages. pic.twitter.com/BiRfeSmsYX

When the email leaked, it caused immediate backlash. Americans lashed out at Pankratz for allegedly being greedy and exploiting workers. According to the Lawrence World-Journal, three managers at an Applebee’s location in Kansas quit over the email.

Applebee’s COO Kevin Carroll sent a statement to CBS News revealing Pankratz was terminated by franchisee, Apple Central. Scott Fischer, the franchise’s director of communications, told CBS that the former executive’s opinion was his own and the company believes workers are the “lifeblood of [their] restaurants.” Pankratz hasn’t responded to the backlash publicly.