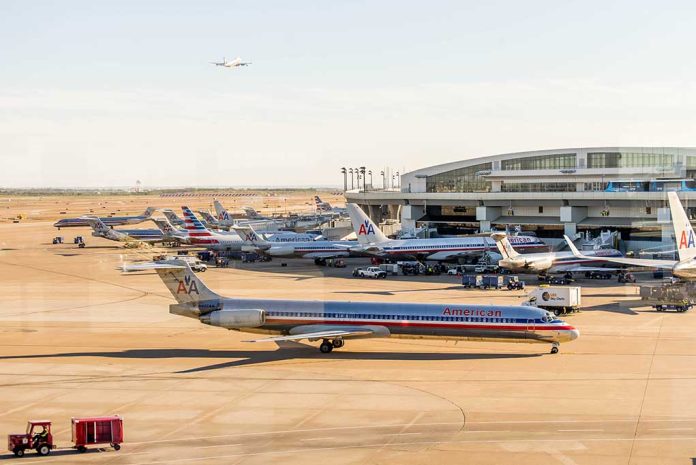 (UnitedVoice.com) – The airline industry has faced a number of issues in recent months. Bad weather caused thousands of flight cancellations, which caused major problems during the holiday season. Now, domestic airlines have suffered another blow.

On Wednesday, January 11, the US Federal Aviation Administration (FAA) announced a ground stop order for all domestic departures across the country. The agency informed the public of the decision just after 7 a.m. eastern time. According to reports, the Notice to Air Missions (NOTAM) System stopped working early that morning. The system alerts air traffic control about airspace obstacles, equipment outages, and other hazards. The FAA explained pilots check the system before they take off.

The FAA is working to restore its Notice to Air Missions System. We are performing final validation checks and reloading the system now.

Operations across the National Airspace System are affected.

We will provide frequent updates as we make progress.

The FAA provided another update about an hour after the first, letting everyone know all of the flights that were in the air at the time were safe to land. The agency reported operations at the Hartsfield-Jackson Atlanta International Airport and Newark Liberty International Airport resumed because of congestion issues. Other flights began after 9 a.m. eastern.

FlightAware reported more than 9,000 delayed flights, and airlines canceled over 1,300 on Wednesday.

The FAA gave an update in the evening, reporting that evidence at the time didn’t appear to show a cyber attack caused the incident. Transportation Secretary Pete Buttigieg released a statement on Twitter, saying the government prioritizes “safety,” and the FAA was “ensuring flight safety” when the agency issued the order. He went on to say the FAA is investigating the cause of the issue.

Safety is always our first priority, and ensuring flight safety was the reason for this morning’s ground stop while the affected systems were restored and checked. As normal flight operations have resumed, FAA continues to assess the causes of the outage. pic.twitter.com/JhsYKBDney

At the White House Daily Briefing later, Fox Business reported Press Secretary Karine Jean-Pierre expressed the administration’s confidence in the transportation secretary. President Joe Biden addressed the situation earlier in the day, telling the press that the FAA didn’t yet know the cause of the outage, but he said Buttigieg would report updates directly to him.