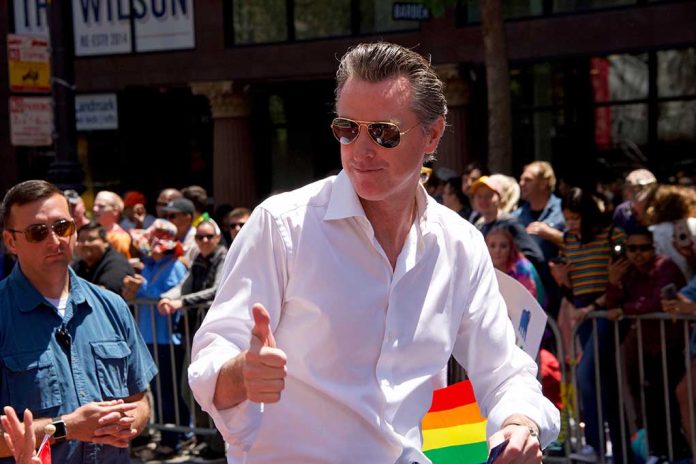 (UnitedVoice.com) – California Governor Gavin Newsom (D) is in a fight for his political life. On September 14, residents will head to the polls to decide whether to kick him out of office. The Democrat has launched a massive campaign to keep his seat, but many question whether it’ll be enough.

According to reports, Newsom’s supporters have raised roughly $60 million to fight the recall effort. The money has gone to approximately 60 organizations that are encouraging voters to mail in their ballots. One of the governor’s former advisers, Nathan Click, told The Hill that 700 organizers are on pace to knock on 1.5 million doors and send out 18 million text messages by the time voting day rolls around.

President Joe Biden is reportedly going to campaign for the governor even though he’s facing his own crisis.

Biden To Campaign For Gavin Newsom In California Recall https://t.co/5pUsCaK3l6 via @DailyCaller

Click claims the efforts are starting to pay off. He says the campaign is showing signs Democrats in the state are beginning to get energized. Political Data Inc. reported that 57% of the 1.5 million ballots mailed back so far are from registered Democrats. Of course, there’s always the possibility Democrats will vote to kick Newsom out of office next month.

Pollster Nate Silver’s website FiveThirtyEight.com shows the recall election is extremely close. As of August 17, the site believes there’s a 48.8% chance voters will keep him and a 47.6% chance they’ll vote to remove him from office.