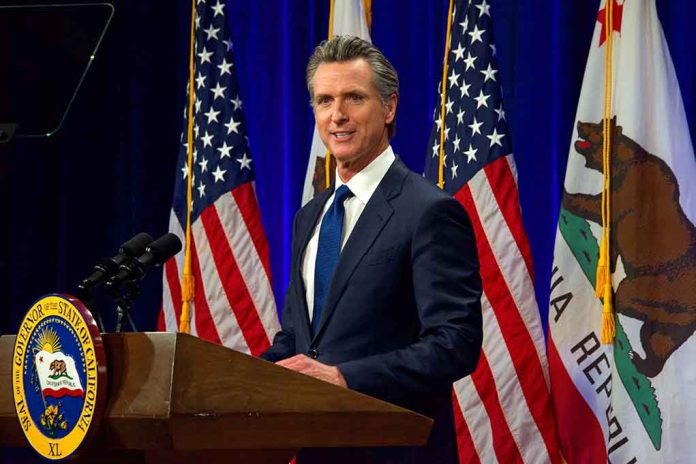 (UnitedVoice.com) – Decisions have consequences. Some are small, and others are incredibly momentous. In our legal system, we ask a group of people, juries, to decide on guilt or innocence when, at times, the choice isn’t as clear-cut as they might like. In some instances, justice is not always fair. That was true for one California girl caught in a sex trafficking scheme in the 1990s.

Sara Kruzan was just 13 years old when George Gilbert Howard began trafficking her for sex. At 16, she shot and killed Howard in a hotel in Riverside, California. In 1994, a jury convicted her of murder. In 1995, a judge sentenced her to life in prison. If that doesn’t sound fair to you, it didn’t to several California governors either.

On Friday, July 1, Gov. Gavin Newsom pardoned Kruzan for killing her former pimp as a teenager. Some see it as justice at last in a long journey of injustices committed against the woman who found herself in a desperate situation as a young girl. Still, her journey to redemption started in 2010 when then-Gov. Arnold Schwarzenegger shortened Kruzan’s sentence from life to 25 years to life, allowing for the possibility of parole.

In 2011, Democratic State Sen. Leland Yee (D) said that as a kid, adults failed Kruzan. He also claimed society continued to let her down. Lee said she was a victim as a child of a sex predator who forced her into prostitution, and no one helped her.

In 2013, then-Gov. Jerry Brown released her from prison after 18 years behind bars. Since then, she’s committed her life and herself to community service. Kruzan works as a national advocate for criminal justice reforms involving kids and changing laws that ignore the abuses of trafficking. On Friday, Gov. Newsom recognized the injustices against her and pardoned Kruzan.

A bit of good news to start a holiday weekend — a very deserving woman, Sara Kruzan, was pardoned by @CAgovernor today. If you don't know her story … 1/2 pic.twitter.com/zOGF3jLEwr

What Is a Pardon?

The governor’s statement said the pardon, sometimes called clemency, doesn’t erase what Kruzan did to her former trafficker. Still, officials said it could help make her life easier. It removes barriers to employment and public service. It also makes it possible to enjoy the rights all citizens receive.

In addition, the governor’s office stated numerous reasons why the governor might have granted clemency. Among them are a person’s dedication to bettering themselves and those around them since the offense. They also consider whether the pardon is consistent with public safety, if it’s in the best interest of justice, and how it will impact the community, the victim of the crime, and their survivors.

Kruzan told the Los Angeles Times she experienced a deep sense of relief and didn’t realize the trauma was still with her all these years later. The now-mom of two said she hopes the pardon will unshackle her from the past and help others who’ve had similar experiences.