William James Durant, a Pulitzer Prize winning historian (1885-1981), studied all the great civilizations from the past and came to this conclusion: “A great civilization is not conquered from without until it has first destroyed itself from within.”
Sound familiar? All these years later and many Boomers and Gen X’ers in power have failed to learn the lessons of the past!
Think about America and the direction it’s headed under the current political regime. It’s time for action. Your vote is more important in 2016 than you can imagine.  Please ignore the soundbites and various pundits telling you how to think and feel. Take this opportunity to think critically and develop your self-reliance. Learn the issues, analyze them, choose your local and national candidates wisely, and support those candidates with your effort and dollars. Engage your friends in serious debate over the issues and the candidates. You may ask yourself, “…but why get so involved”? The Answer is simple, it’s up to you and me and like-minded folks to do our part to restore the country we once knew and loved. You may not think our democracy and our freedoms are at stake, but after you analyze and fully understand the issues, you may have a better appreciation and a motivation to get more involved. 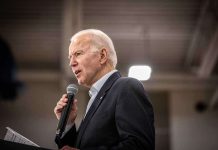