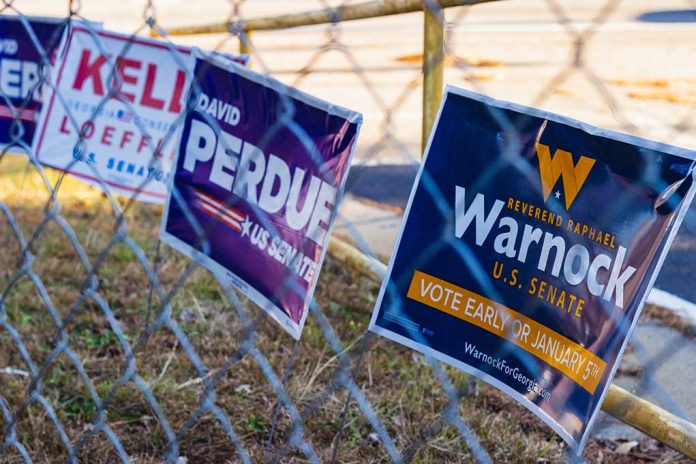 (UnitedVoice.com) – On Tuesday, January 5, Georgia voters headed to the polls to cast their votes for the people they want to represent them in the Senate for the next six years. In the weeks leading up to the runoff election, more than 3 million voters cast their ballots early, but still the polls were packed on Election Day. And considering what happened in November, the GOP was extra vigilant.

According to reports, hundreds of thousands of voters showed up to the polls to cast their ballots. The entire country watched the race that would decide which party controls the Senate for at least the next two years. But for Republicans, they were also looking for irregularities. On Tuesday afternoon, President Donald Trump alerted America to an alleged problem with the voting machines in a GOP stronghold.

The president’s allegations are likely going to get a second look, especially considering the news Wednesday morning. Breitbart reported Democrat Raphael Warnock was projected to beat GOP Senator Kelly Loeffler. Leftist Jon Ossoff was leading Republican Sen. David Perdue as well. As we’ve all seen from the 2020 Presidential Election, however, it isn’t over until it’s over.

Did the alleged voting machine issues Trump alerted the country to contribute to the results? The races are very tight with less than a percentage point separating them — looks like the official results could take a while.