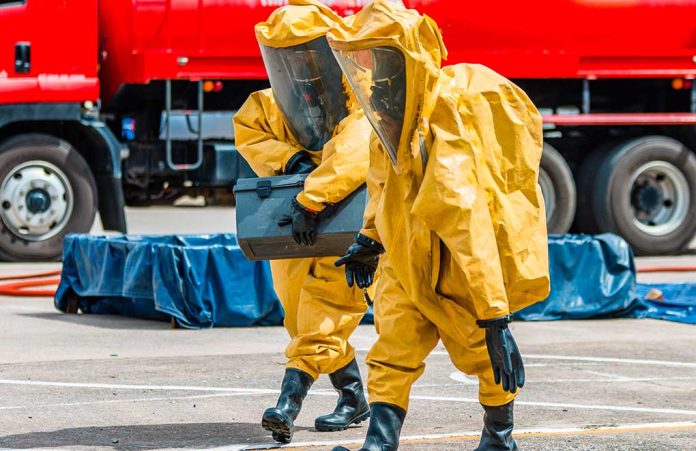 (UnitedVoice.com) – In the post-September 11th world, concerns remain heightened that terrorists could launch a chemical attack and kill countless people. Fortunately, except for the anthrax attacks in the US in 2001, authorities worldwide have kept large-scale threats at bay. Police in Germany believe they have stopped another one from taking place.

On January 8, the North Rhine-Westphalia Central Office released a statement announcing the arrest of a 32-year-old suspect for allegedly plotting a terrorist attack. A judge ordered the police to search the Iranian citizen’s living space in Castrop-Rauxel. Authorities accused him of trying to obtain ricin and cyanide to carry out a chemical attack.

An Iranian man has been held in Germany over a suspected chemical attack – Police and prosecutors said the man and another person were detained overnight in the town of Castrop-Rauxel, northwest of Dortmund. via NPR https://t.co/pN3ouIKuYW

Another person, the suspect’s brother, whose age and identity the authorities didn’t release, was also taken into custody. Officials released a statement saying the suspect in the intended attack subscribed to Islamic extremism. Agents didn’t find any poison when they searched the home. Searchers wore protective suits to prevent them from becoming sick if they happened to find dangerous chemicals.

The BBC reported a prosecutor said that a friendly foreign intelligence agency tipped the police off about the plot. After reviewing the information, officials decided it was critical enough to search the home as soon as possible. Law enforcement undertook the search the same night they received the tip, according to Herbert Reul, a security official for North Rhine-Westphalia state. Authorities are deciding whether to levy official charges against the suspects. They could each face up to a decade in prison if officials pursue the counts.

The latest news comes a month after the German government arrested 25 people for allegedly plotting to overthrow the government. Authorities labeled the group a “domestic terrorist organization.” Those suspects believed the government was part of the “deep state” and accused them of being “enemies of democracy.”