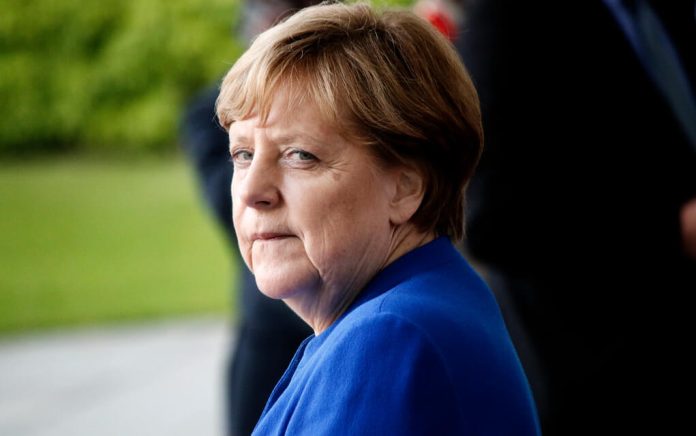 (UnitedVoice.com) – Angela Merkel is in her last days as leader of Germany, but she’s still hitting her unlucky people with new restrictions. Now, unvaccinated Germans are being banned from most public places.

Germany begins its discriminatory assault on the unvaccinated by barring them from public life.

You’d think they’d have learned a thing or two from history.

On December 2, Merkel announced “the situation in our country is serious” as she imposed a series of harsh rules on the unvaccinated. New COVID-19 cases in Germany have topped 70,000 a day and officials fear hospitals could be overwhelmed; Merkel hopes she can prevent that by slashing people’s freedoms.

From now until at least Christmas, unvaccinated Germans will be banned from bars, restaurants, entertainment venues, gyms and “non-essential” stores. They’ll also be allowed to meet a maximum of two people from outside their own household. Those who are fully vaccinated also face a barrage of new restrictions. The country is enforcing face masks in schools and limiting sports stadiums to 50% capacity, but they’re exempt from the worst of it, creating a two-tier society.

As bad as it is for Germans under Merkel, it’s about to get a lot worse. Incoming center-left leader Olaf Scholz has already promised a free vote on a national vaccine mandate, and he’s appointed lockdown enthusiast Karl Lauterbach as the new health minister. Lauterbach is also a fan of mandatory vaccination, and on December 5, he told reporters “it won’t work” without penalties for those who refuse the jab. Merkel has also backed a vaccine mandate, despite promising in July it wouldn’t happen.