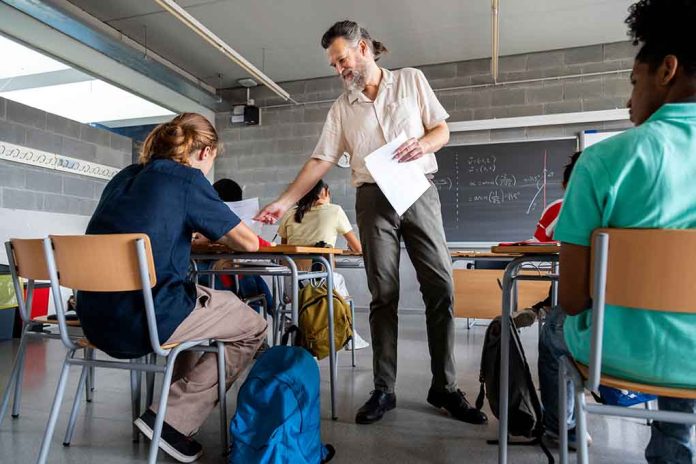 (UnitedVoice.com) – On February 22, a little girl went to school in Las Vegas, like thousands of other kids in the city. However, this child had a secret and she needed to find help. What she did next might have saved her mother’s life.

A Las Vegas mother sent her daughter to school with a note, begging to be rescued from an abusive boyfriend, which led police to find that girl's little brother dead in a freezer, authorities say. https://t.co/k1sa8w5KTk

The child handed her elementary school teacher a note from her mom. The mother begged for help in the letter, saying she was being held hostage in her home and she hadn’t been able to find her son, the little girl’s younger brother. According to a statement by the Las Vegas Metropolitan Police Department, the teacher shared the note with the Clark County School District Police Department which then got the Vegas police involved.

Officers went to the address of the home the mother wrote on the letter. When they arrived on the scene, they found 35-year-old Brandon Toseland driving away with the woman in the car. The police stopped them and spoke to the mom who said she was being abused. She told the police that her boyfriend of 11 months wouldn’t let her leave the house or use a cellphone. The man took her son, a toddler, away from her on December 11 when he became sick and she hadn’t seen him since then.

The mother reportedly begged Toseland to tell her where her child was and he eventually said he was dead. She told officers that he said he found the child in bed, not breathing and covered in puke. He claimed he couldn’t save him but made no attempts to call 911 for help. After a search of the home, police located the body of the child inside of a trash bag in a freezer.

Police arrested Toseland and booked him on two counts of kidnapping and one count of open murder. They are asking anyone with information on the case to call homicide detectives at 702-828-3521, Crime Stoppers at 702-385-5555 or contact detectives through email at [email protected].