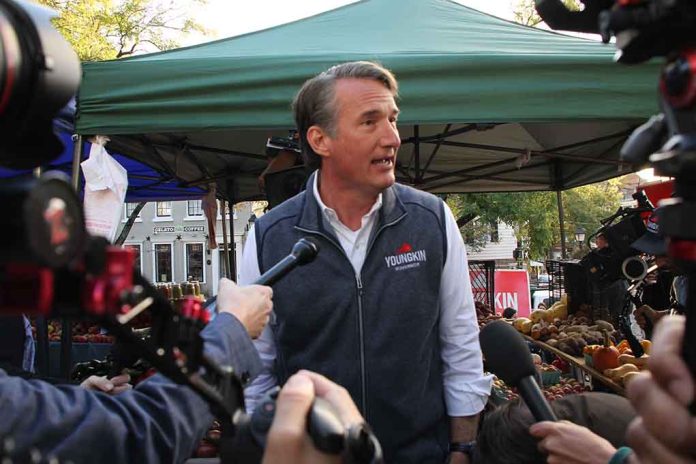 (UnitedVoice.com) – Conservative Glenn Younkin shocked Democrats when he won the Virginia governorship. The Left thought the seat was safe until he and his anti-woke, pro-parent policies entered the race. Now, he’s vowing to sever ties with the most liberal state in America over a new rule.

The latest issue started at the end of August when California passed a ban on gasoline-powered car sales. The prohibition will go into effect in increments beginning in 2026 and reach completion by 2035.

The news means Virginia would ban the sale of gas-powered vehicles. That’s because of a 2021 law linking the two states’ vehicle emissions standards. Youngkin explained to voters he wants to work to prevent it from actually taking effect, although the law currently binds the state.

To dissociate the two states, Youngkin would need to pass a law through the legislature. Currently, the Democratic Party controls the state’s upper chamber, so the governor’s plan might be much more challenging than he anticipates should the legislature decide to block his attempts.

Although California has passed the new rules, the EPA must still approve the change. The standards in the liberal state would not take effect in Virginia until 2024 unless Youngkin succeeds.