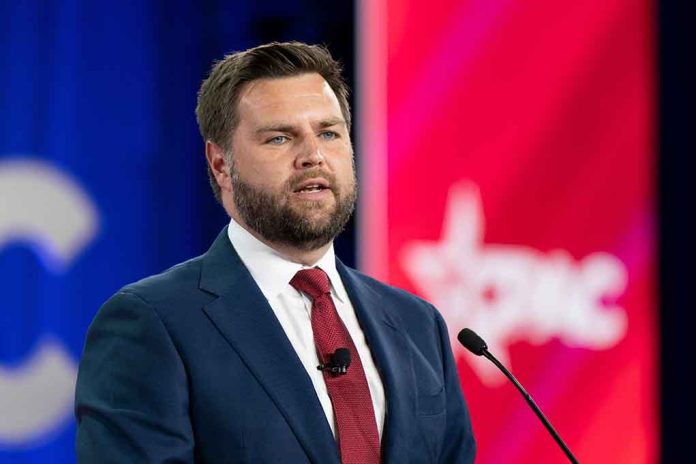 (UnitedVoice.com) – The Ohio Senate race is one of the most closely watched in the country right now. Republican JD Vance is battling Democrat Tim Ryan for retiring GOP Senator Rob Portman’s seat. A recent poll showed the conservative candidate’s campaign is on the right path.

On October 17, USA Today released the latest USA Today/Suffolk University Poll. It showed Vance in the lead 47% to 45% over Ryan. That was a shift from the September poll in which the Democratic candidate led by one point.

Real Clear Politics also has Vance leading Ryan by two points. The polling site has said the race “leans GOP” and predicts the Republican Party will hold Portman’s seat. FiveThirtyEight currently has the two candidates in a dead heat at 44.8%.

The two recently went head-to-head in their final debate and threw verbal barbs at one another. One notable clash was when Ryan accused Vance of supporting the “great replacement theory,” a conspiracy theory that allegedly motivated the Buffalo shooter. NBC News reported the Republican, who has biracial children, slammed his opponent for leveling the accusation against him. He called Ryan “desperate” for accusing him, a dad with mixed-race children, “of engaging in racism.”

Who do you think will come out on top in the race?