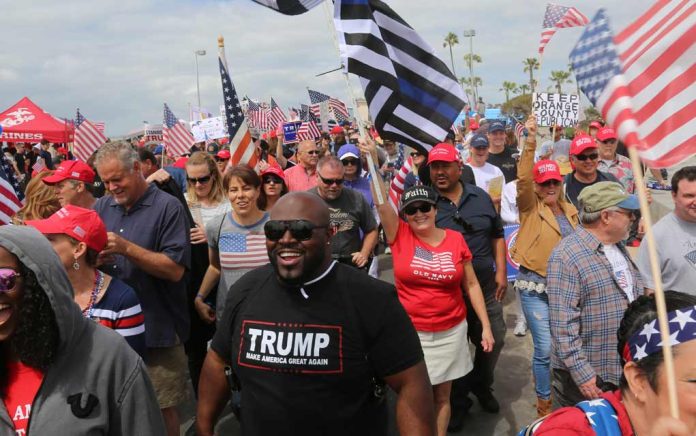 (UnitedVoice.com) – On November 14, violence erupted at a peaceful rally organized by supporters of President Donald Trump. The Million MAGA March drew thousands of peaceful protesters to the nation’s capital, but it also attracted the far-Left. Now, Republicans are demanding answers.

On the day of the event, the far-Left verbally and physically assaulted Republicans who attended the event. Some attendees had fireworks thrown at them in an obvious attempt to maim them.

Republican lawmakers are now demanding House Oversight Committee Chairwoman Carolyn Maloney (D-NY) hold a hearing to obtain answers about the violence that took place. They also accused Washington, D.C. officials of failing to protect the protesters, perhaps because they had different political views than the attendees.

Unsurprisingly, the media is also pretending as though it didn’t happen. It seems unlikely Maloney will hold hearings, but Republicans are trying anyway.