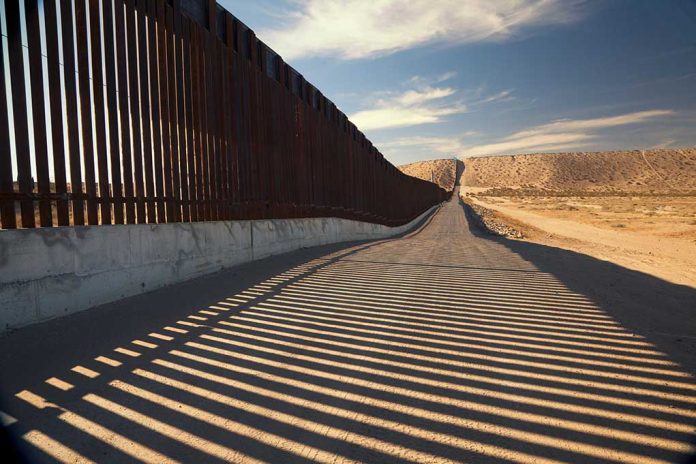 (UnitedVoice.com) – In 2016, then GOP-presidential candidate Donald Trump made the case to America that illegal immigration was harming the country. He warned that dangerous illegal drugs were pouring across the border and into our streets. Trump argued that illegal immigration hurt the US economy through jobs and social services, and stated on many occasions that a country without borders wasn’t a country.

On January 20, 2021, one of President Joe Biden’s first acts as president was to terminate the remaining construction of the wall along the border between the US and Mexico. In 2021, the US Customs and Border Patrol (CBP) encountered over 2 million illegal immigrants on the southern border, and officials admit 2022 could be even worse. Republicans say Biden incentivized and empowered the mass migration, and now, several Senators want to empower southern border states to protect their citizens if the Biden administration won’t.

When Biden terminated the remainder of the wall, it triggered a clause in the contract to pay contractors at least $3 million per day to protect the materials not used to finish the wall. To save the federal government money the $3 million per day and the cost of illegal immigration, Sen. Joni Ernst (R-IA) introduced the Build It Act on Tuesday, May 24.

If passed into law, the Build It Act would allow states like Arizona and Texas to finish building the wall by transferring ownership of the materials from the federal government to the states. In a statement, Ernst said the US is experiencing a historic immigration crisis under President Biden. The Senator blamed his unwillingness to act at the border or build the wall.

On Tuesday, Ernst told reporters that taxpayers own $350 million in concrete, steel, and fencing just laying around and rusting. She asked why the states couldn’t use the materials to build their own walls. According to a separate statement by Sen. Chuck Grassley (R-IA), the materials are idly sitting and cost taxpayers one-quarter of a billion dollars.

Texas Has a Novel Idea

On Tuesday, Texas Governor Greg Abbott (R) said if Washington doesn’t fix the crisis hitting his state hard by enforcing immigration laws, he’ll continue to send the crisis to DC. In April, Abbott bused the first group of illegal immigrants from Texas to the nation’s capital. On Tuesday, the governor said 45 buses had shipped illegal immigrants to Washington so they could learn the consequences Texans have lived with due to Biden’s policies.

So, what do you think is the best course of action?

Should the federal government allow states to finish the wall, or should the states bus more illegals to Washington, DC?