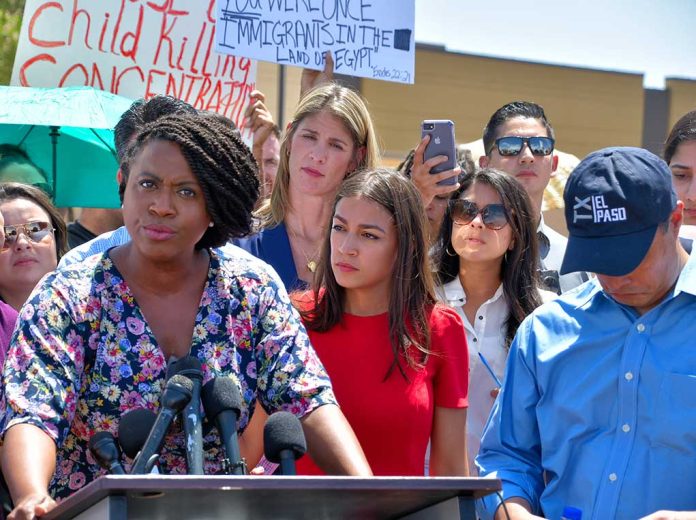 (UnitedVoice.com) – Most sensible people realize by now that defunding the police is a terrible idea. The communities that have pursued it are already suffering the consequences; leaders in New York City backed a proposal to slash $1 billion from the NYPD budget last summer, and the city saw crime rates spike almost immediately. There were significantly more shootings, murders, and burglaries in New York in September 2020 than in September 2019.

There’s a similar story currently playing out in Portland, Oregon, where dozens of police officers have resigned in protest at the lack of support they’re getting from officials. Crime rates have spiraled in tandem with this trend.

Defund the… Department of Homeland Security?

Earlier this month, Democratic Rep. Rashida Tlaib (D-MI) made media waves when she suggested defunding key immigration agencies under the Department of Homeland Security’s (DHS’s) umbrella. She referred to the Biden administration’s push to add funding for Customs and Border Protection (CBP) to improve its technological capabilities. The money would go toward improvements in areas like tracking and facial recognition. Because of the capacity of groups like the CBP to “terrorize migrant communities,” Tlaib said, leaders needed to “eliminate funding” going to them.

Even the Biden administration, which caused the border security problems in the first place, seems to realize they must do something to stem the tide of migrants crossing the border, but not Tlaib. She seemingly won’t be happy until immigration enforcement becomes a relic of history in this country.

Luckily, GOP lawmakers have stepped up to challenge Tlaib’s nonsensical proposal. On Tuesday, July 13, Rep. Lisa McClain (R-MI) led a group of over 40 House Republicans in introducing a resolution expressing support for the DHS and the agencies under its control. Other notable signatories include Reps. Madison Cawthorn (R-NC), Elise Stefanik (R-NY), and Marjorie Taylor Greene (R-GA).

The document thanks “the brave men and women” of the DHS for maintaining border security. It lists the functions the DHS and its subsidiaries regularly carry out, and stresses that “now, more than ever” is the time to support these agencies. Because of the “disastrous” policy ideas of President Joe Biden and his staffers, their work is more crucial than ever before.

Rep. Tlaib and the other members of the Squad are on the fringe of their party. However, as politics and society lean further and further to the left, radical ideas like defunding federal policing could start to find more purchase. Conservatives need to remain vigilant against this threat.