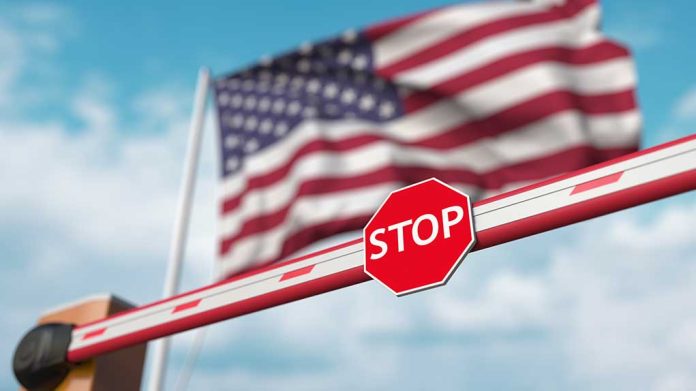 (UnitedVoice.com) – On March 8, President Joe Biden banned oil imports from Russia as the country’s war against Ukraine rages. The move is supported by lawmakers in both parties. However, it’s expected to have a negative impact on the price of gas which is already averaging more than $4-per-gallon across the country. A Republican senator is hoping to solve that problem.

On March 4, Senator Ted Cruz (R-TX) introduced the Energy Freedom Act. The legislation seeks to make America energy independent by “accelerating federal permitting for energy projects and pipelines,” something Biden slowed down when he took office. The bill would also “mandate new onshore and offshore oil and gas lease sales,” approve any pending liquefied natural gas export licenses and speed up the development of alternative energy sources, like solar and wind.

The senator said he’s trying to reverse the bad policies of the Biden administration to restore America’s energy independence.

While Cruz tries to fix the energy crisis, two oil and gas companies are already boosting production. Exxon Mobil and Chevron laid out plans last year to increase their production, but it’s become more urgent in recent weeks. Chevron is increasing its output by 60,000 barrels per day and Exxon by 100,000 barrels. The increased production will help Americans in the long run, but in the short term, there will continue to be pain at the pump.