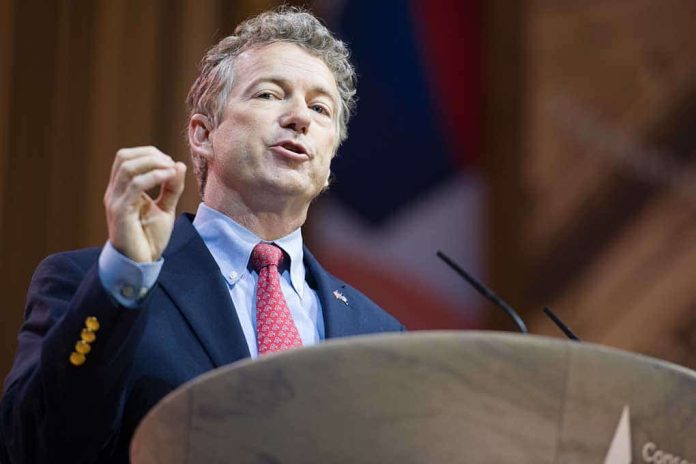 (UnitedVoice.com) – A Republican senator has slammed mask mandates, claiming that the continuing advice to wear face coverings isn’t based on science. Instead, he says, it’s about political indoctrination and forcing people to submit to government authority.

Talking to Fox’s The Ingraham Angle on July 9, Senator Rand Paul (R-KY) strongly criticized the CDC and other government agencies that continue to support mask mandates, despite the successful vaccine rollout program. He particularly objected to forcing masks on children, pointing out there’s no evidence of any COVID infections spreading in schools.

Paul warned that the official line is making people worry for no reason and conditioning them to act as part of a collective that obeys orders from the state. He also said the pandemic is being used as cover to indoctrinate people with Critical Race Theory, the far-left ideology spreading through our public schools.

When the Senate returns to session, I will be introducing an immediate repeal of the mask mandate on planes. Enough! Time to stop this farce and let people travel in peace!

In what could be good news for travelers, Paul said he’s introducing a bill to remove the federal mask mandate for air travel. Imposed as an executive order by President Biden, this law threatens jail time for any airline passenger who refuses to mask up. Paul says he’s “sick and tired” of the controversial rule, which is “not working.”