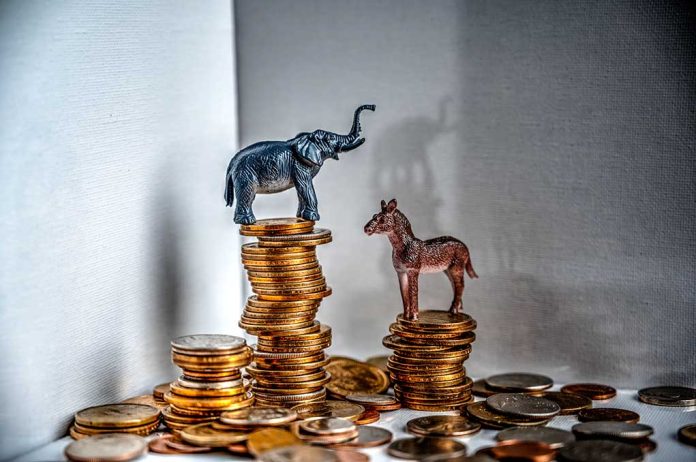 (UnitedVoice.com) – In any election, fundraising is key. Getting a candidate’s message out costs a lot of money in radio, television, and signage. In a crucial midterm election like the upcoming November ballot, exposure is the difference between voters turning out and disinterested citizens staying home. With just weeks to go, Republicans have a war chest that puts the Democrats’ to shame.

The House Republican super PAC, the Congressional Leadership Fund (CLF), started October with $114 million on hand to push GOP candidates across the finish line, whereas Democrats only raked in $55 million. In the 3rd quarter alone, the committee’s bankroll took in $73 million. The Left pulled in a whopping $86 million less over the entire election cycle.

House GOP crush Democrats in donations ahead of midterms, raking in $73M https://t.co/RCRPfIEbb1 via @foxnews

The CLF is House Minority Leader Kevin McCarthy’s (R-CA) primary fund to disperse in crucial battleground states. With that kind of cash on hand to help energize the voting base and the continued disapproval of President Joe Biden’s performance — a key indicator for any midterm — Republicans are hopeful for a red wave.

The Senate Leadership Fund, Minority Leader Mitch McConnell’s (R-KY) baby in the upper chamber, looks to spend $190 million bolstering GOP candidates. While seeing the House flip to the Republicans would surprise few, the same isn’t true of the Senate, where races could be much tighter.

Still, based on the amount the GOP plans to spend, a complete Congressional takeover isn’t out of the question.