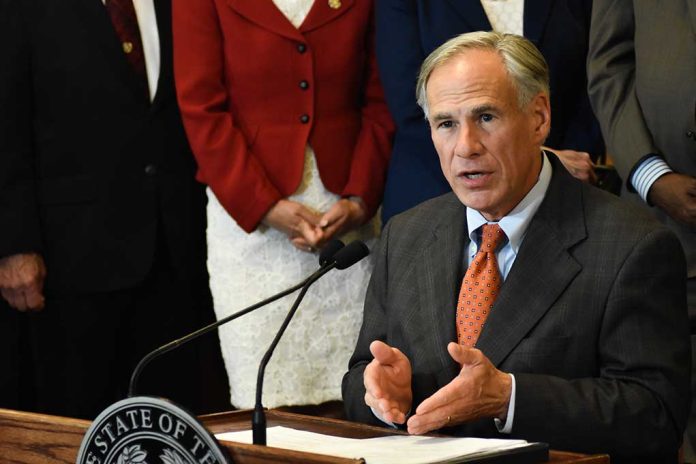 (UnitedVoice.com) – When President Joe Biden announced he was going to end Title 42,  Governor Greg Abbott (R-Texas) said he was going to start busing migrants to Washington, DC. He kept his word and began shipping immigrants who wanted to leave the Lone Star State to the nation’s capital. Now, Abbott’s pledging to send even more migrants to the POTUS’ doorstep.

At a May 23 press conference, Abbott said he’s already sent 45 buses to DC. He said that when he adds a “zero” to that number, then Biden’s administration will “find out they’re going to be dealing with the same consequences [Texas] is dealing with.” The governor claimed as many as 100,000 migrants are in Mexico waiting to cross into his state. He accused the president of letting people into the US “whether they’re crossing through the port of entry or across the river.”

The process Abbott has set up is interesting. USCIS and then the Department of Homeland Security process and release immigrants who await asylum claims court dates into the US. Currently, there’s a backlog, so waiting for hearing dates might take a while. In the meantime, the federal government allows asylum seekers to remain in the country. That’s where the governor comes in. His administration offers those migrants a ride to DC; those who accept the offer board buses and ride to the capital.

Once the migrants arrive in DC, activists, not the Biden administration, meet the buses when they arrive at Union Station and provide them with food, clothing, shelter, and transportation. Yet, the strain of caring for the arrivals is stretching the volunteers helping the new arrivals to their limits, and it’s unclear how many more they could help.