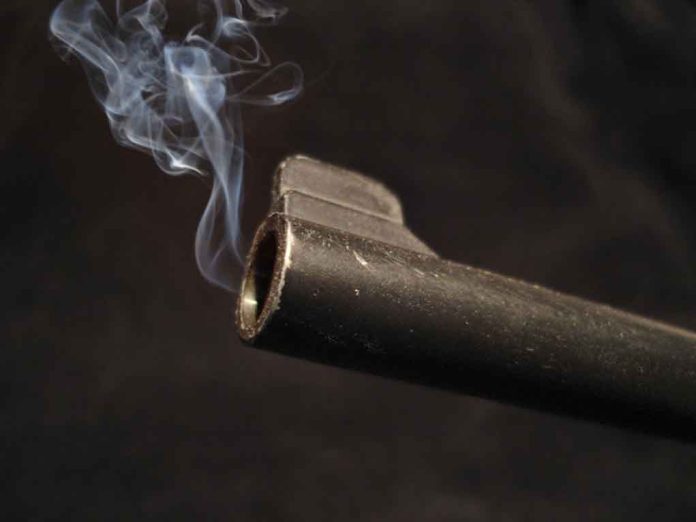 (UnitedVoice.com) – Iran’s crackdown on human rights protesters took an ugly turn on Tuesday, November 29. Security forces shot a man dead during a protest because he celebrated the country’s soccer team losing a game. Critics worry the nation’s forces are reaching new levels of brutality as they are weary of demonstrations.

Iran’s national soccer team members won worldwide admiration for their refusal to sing the national anthem before their first game against England in protest of the Islamic regime’s violence against demonstrators. However, they did sing at later matches, allegedly because of pressure from Iranian officials. Feeling betrayed by the walk back, protesters back home responded by refusing to cheer when the team won a match.

Mehran Samak was shot in the head after he honked his car’s horn in Bandar Anzali, said activists. He was reportedly killed by Iranian security forces, as anti-regime protesters publicly celebrated the national football team’s defeat in #FIFAWorldCup. https://t.co/jOMjLgz0gO

According to a BBC report, on November 29, Mehran Samak went further. He was at a demonstration in the northern city of Bandar-e Anzali when a tense game against the USA ended with Iran losing 1-0, resulting in Iran’s elimination from the tournament. Many demonstrators cheered and danced at the news; Samak decided to honk his car’s horn. Yet, the action attracted too much attention, and a policeman responded by reportedly shooting the 27-year-old in the head.

Iran’s theocratic regime has faced protests before, but the recent ones have now been running for more than ten weeks. The death of 22-year-old Mahsa Amini in police custody after they arrested her for not covering her hair sparked protests for better treatment for women and greater freedom from an oppressive theocracy.

More than two months later, the government’s brutality hasn’t managed to end them. Now, the anti-regime campaigners can fight for another new martyr.