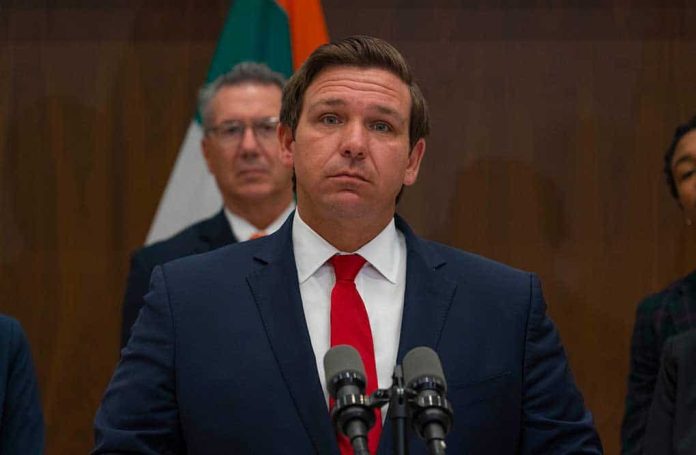 (UnitedVoice.com) – New York Governor Andrew Cuomo (D) is embroiled in a scandal over his alleged cover-up of nursing home deaths. The entire issue stemming from his decision to force the facilities to accept COVID-19 patients, which then led to massive spread in the homes. Florida Governor Ron DeSantis (R), whose state has a large population of nursing home residents, recently explained why his state hasn’t had the problems NY has.

On Wednesday, February 17, DeSantis spoke to Fox News’ Laura Ingraham about the scandal. The FL governor said that while the media was attacking him for not closing beaches, he was focused on assisted living facilities. Unlike Cuomo, he told hospitals positive patients could not be released to the homes. By making “the right decision at the outset” he did the correct thing and saved lives.

Had Cuomo focused more on his actual residents, and less on trying to one-up former President Donald Trump at daily press conferences, maybe he wouldn’t be in hot water now. DeSantis made humans the priority, not his ego, and Florida is better off because of it.