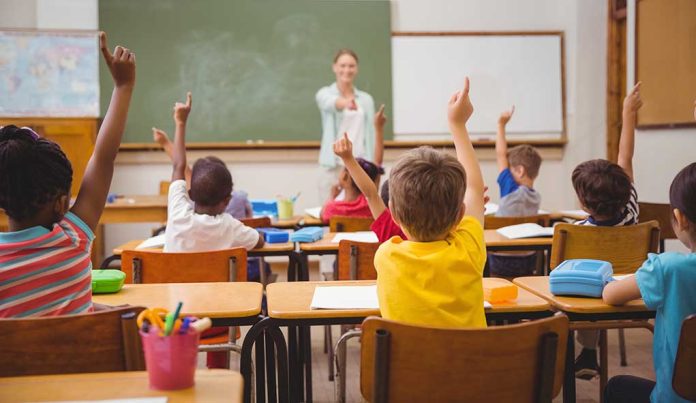 (UnitedVoice.com) – Florida recently passed its Parental Rights in Education bill that bans discussions about gender identity and sexual orientation from kindergarten through third-grade classrooms. Democrats were furious over the legislation. New Jersey now wants to take their education in the completely opposite direction than the Sunshine State.

It’s not just the guidelines that are angering people, sample lesson plans have really riled parents and politicians up. Concerned parents have sent Republican state Senator Holly Schepisi some of the sample lesson plans and she shared them with the public. The senator said they’re “overboard with cringey detail for young kids.” That detail includes a lesson plan for fifth graders that tells teachers to explain puberty blockers and “the role they play with transgender young people.” It requires students to watch a video called “Puberty and Transgender Youth” which implores kids to talk to their parents about their feelings about gender identity and even suggests hormone blockers.

Murphy said the Dept. of Education will offer further clarification about what age-appropriate lessons look like.

Do you believe the sample lesson plans are suitable for children?