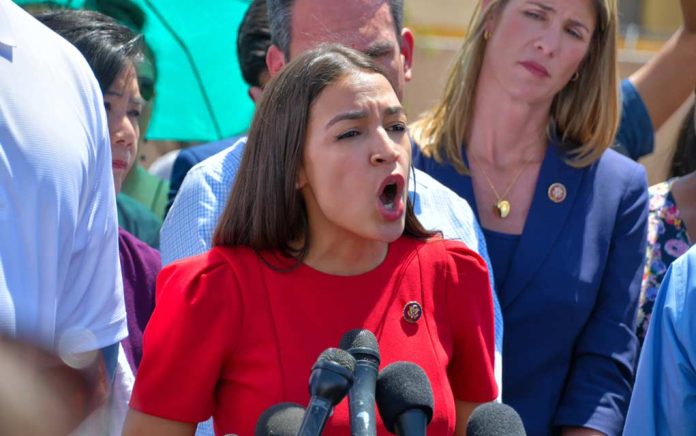 (UnitedVoice.com) – On Friday morning, July 10, Rep. Alexandria Ocasio-Cortez (D-NY) criticized the CEO of Goya Foods for the kind words he had to say about President Trump. It’s a continual effort by AOC and far-left Democrats to shame people who don’t agree with their positions. CEO Robert Unanue oversees the largest Hispanic-owned food company in the United States. On Thursday, he praised Trump as a leader and as a builder who knows how to get stuff done. He also said he prays for the president.

Oh look, it’s the sound of me Googling “how to make your own Adobo” https://t.co/YOScAcyAnC

Trump signed an executive order to support private and charter schools and improve educational access for Hispanic Americans. Unanue said his company would donate 1 million cases of food to food banks in a show of support for the initiative.

In turn, Goya is being threatened with boycotts from the far left. Not surprising, AOC is right at the center of it. For his part, Unanue said he will not be intimidated and will not back down over threats of a boycott simply because he visited the White House and supported the president’s initiative. Good for him!