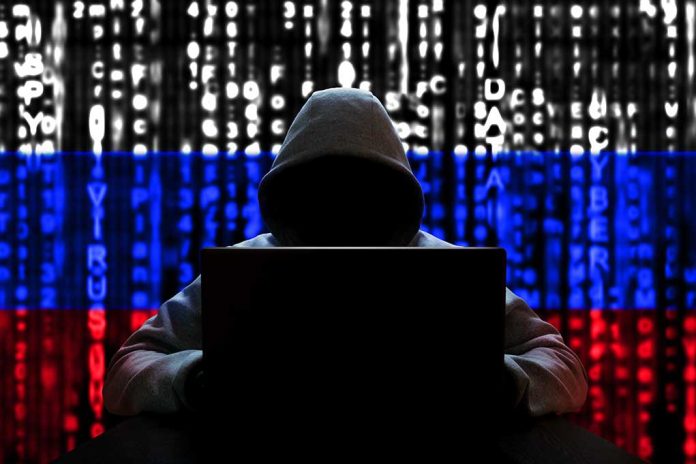 (UnitedVoice.com) – Monday, May 9, was Victory Day in Russia, a national holiday commemorating the Soviet Union’s defeat of Nazi Germany during WWII. When some Russian TV viewers turned on the country’s celebratory parade, a message greeted them that President Vladimir Putin didn’t approve.

According to BBC, hackers infiltrated the country’s broadcast schedule and changed the names of every program to an anti-war message about thousands of dead Ukrainians and their children.

This morning the online Russian TV schedule page was hacked

The name of every programme was changed to "On your hands is the blood of thousands of Ukrainians and their hundreds of murdered children. TV and the authorities are lying. No to war" pic.twitter.com/P2uCNz8cqa

The Kremlin didn’t speak about the incident. Instead, Putin was the center of attention on Sunday. He spoke to the country, saying NATO didn’t want to listen to Russia’s concerns, and the Russian president accused the West of preparing to invade his homeland. Unsurprisingly, he didn’t bring up Ukraine by name, but he said the threat is growing by the day.

As for the Victory Day cyberattack, suspects remain unidentified.