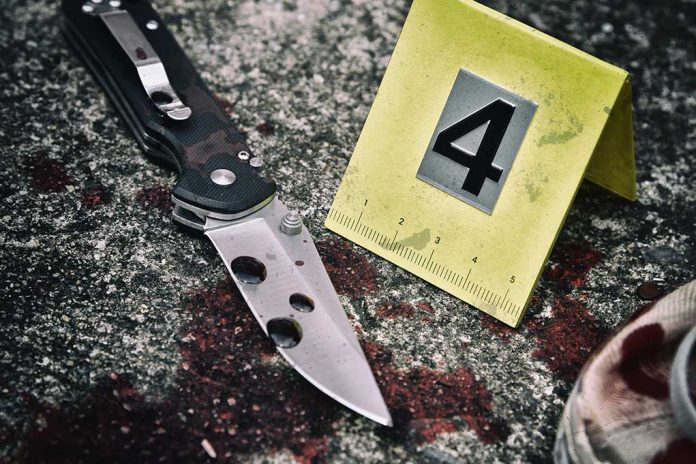 (UnitedVoice.com) – New York cops have arrested a suspect in the brutal murder of a 51-year-old woman. The discovery of Orsolya Gaal’s body last Saturday shocked the city. Now, police say the killer and his victim were having an affair — and he snapped when she tried to end it.

On April 16, the body of the 51-year-old mother of two was found stuffed in a hockey bag a few blocks from her home in Queens. She had been stabbed 58 times. Gaal’s husband was out of town with their older son when her body was discovered, and at first, there was no clue as to who had committed the crime. However, police did find a note posted on the door of Gaal’s fridge; it said “GET A NEW HANDYMAN.” That pointed them towards the family’s existing handyman, 44-year-old David Bonola.

On Wednesday, police intercepted a sanitation truck that had just collected the trash from Bonola’s home; they found a pair of bloodstained work boots. Not long after, Bonola himself approached detectives and agreed to talk to them at the 112th Precinct house. There, according to cops, he tried to convince them that another handyman had murdered Gaal — before changing his mind and confessing to the crime.

According to investigators, Gaal and Bonola had been having an off-again, on-again affair for the last two years. Early Saturday morning, while her husband and older son toured potential colleges and her younger son slept upstairs, she met Bonola at her home to tell him the affair was over. Enraged, he grabbed a kitchen knife and launched a frenzied attack. Once she was dead, he put her body in her son’s hockey bag and dragged it to Forest Park, where he abandoned it.

Bonola has been charged with murder, criminal tampering, and criminal possession of a weapon. He’s now being held without bond.