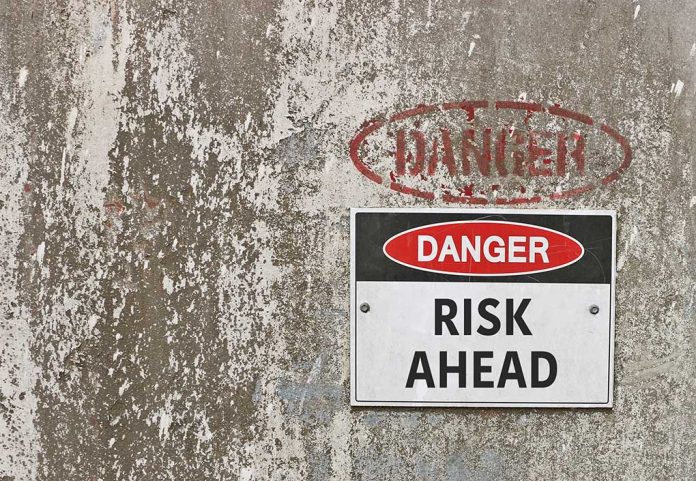 (UnitedVoice.com) – In 1787, the Founding Fathers wrote the Constitution of the United States. Americans can read it in its entirety on the National Archives website. However, when they visit the website these days, they’re greeted with a warning that’s outraging many citizens.

The National Archives Records Administration recently added a “harmful language alert” to the website’s catalog, including on the page with the Constitution. According to the statement linked on the warning, the content on the page might “contain harmful language that reflects attitudes and biases of their time.”

The National Archives have now put a disclaimer on their website that our historical documents may include Harmful Content.

They even slapped this warning on the Constitution.

We tried to tell you the Left wanted to get rid of it! pic.twitter.com/UeJtqgudMm

In the past, liberal activists have complained that the Constitution still states that black people are “three-fifths” a person and uses “he” when referring to who can run for various positions. The warning reportedly came as a result of a government task force formed after the killing of George Floyd.

Members of the task force have also complained about “structural racism” in the Capitol Building Rotunda because of paintings and displays depicting the Founding Fathers signing the Constitution and Declaration of Independence.

Ken Cuccinelli, who previously worked for President Donald Trump, slammed the most recent decision to add a warning to the Archives website. On Twitter, he asked, “What are we becoming?” A former Geroge W. Bush official, Mike Gonzalez, said the government has now given a “trigger warning to the Declaration of Independence.” He wanted to know if America has had enough.