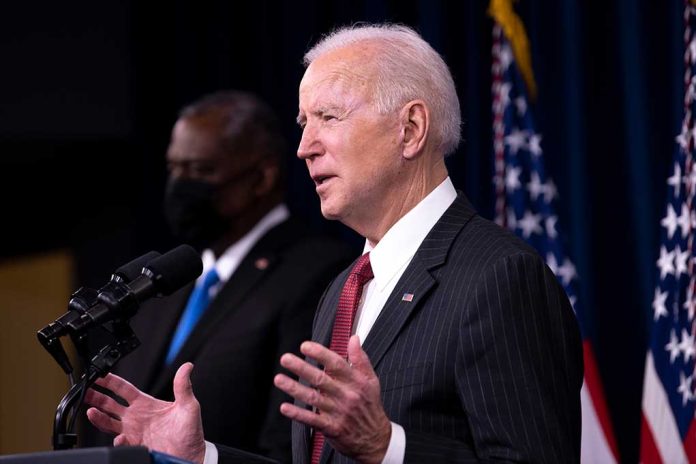 (UnitedVoice.com) – Joe Biden is about to finish his first year in office. The results are not good for him, but it’s a best-case scenario for Republicans after losing the White House and the Senate by a razor-thin margin in 2020. Still, the consequences for the country have been horrendous. In his inauguration speech, the president promised to unite America. He failed miserably in his tone, but more importantly in his policies and proposals that fortunately stalled in Congress.

According to a new Quinnipiac poll, voters aren’t happy with the state of America under Biden’s leadership, or lack thereof. Is it possible Biden has lost the confidence of Americans?

In every category imaginable, the president is underwater. Making matters worse, the Quinnipiac poll is traditionally favorable to Democrats. That suggests his problems could be even worse than they portray. Even in the average of polls, Biden is approaching a level he may not recover from as he drags down Democrats and becomes a fundraising machine for Republicans.

Is there a basement floor for Biden’s approval ratings? It’s becoming questionable because poll after poll, it continues to get worse for the embattled president. On Wednesday, January 12, Quinnipiac showed Biden’s approval rating at 33% and 53% disapproval. In November’s poll, these same figures were 36% approval and 53% disapproval. The poll was conducted between January 7-10.

The issues driving down his approval ratings are:

Some other highlights from the poll include:

When asked who voters want to control the Senate, 45% said Republicans and 41% said Democrats.

Biden Upside Down Across the Board

The Quinnipiac poll is not an outlier. On January 13, the two major averages of poll watchers show Biden is in deep trouble with voters at the time of writing:

As the spread continues to widen, it will impact two factors.

First, the high disapproval ratings erode Biden’s political capital. If politicians believe it politically benefits them in the eyes of voters to fight against Biden’s agenda instead of supporting it, Biden is a lame-duck president for the next three years. That means big money is coming the GOP’s way ahead of the 2022 midterm elections. It’s already happening.

Second, in the midterm elections, voters could hand the Democrats a shellacking and help build momentum for a Republican presidential candidate in 2024, which could be Donald Trump. Momentum is showing itself in fundraising records.

In Nevada, GOP gubernatorial candidate Joe Lombardo shattered a nonelection year fundraising record as he prepared to take on incumbent Democratic Gov. Steve Sisolak. Since entering the race in late June, Lombardo hauled in $3.1 million among nine GOP candidates in the primary.

Even more impressive, the House GOP election arm obliterated fundraising records. It hauled in $140 million in 2021 as Republicans are creating momentum to flip five seats to take back the majority. That’s a 65% increase from 2019.

Overall, the Quinnipiac poll demonstrates that Americans across the board are losing confidence in President Biden’s leadership. Is it too late for him to salvage his presidency? It’s still early, and much can happen. Yet, approval ratings this low are likely baked in even among a bounce the next several years.

First impressions are hard to overcome, and many voters have a sour taste in their mouths they aren’t likely to forget. If Biden continues to divide America, push discriminatory equity and Critical Race Theory (CRT) policies, and pushes policies that harm the economy and livelihoods, then he’s in deep trouble with voters moving forward.