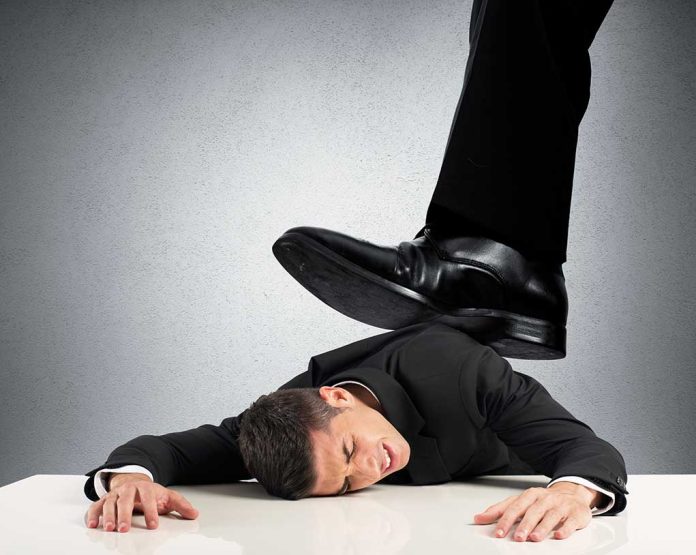 (UnitedVoice.com) – In Republican politics, the easiest way to see who has momentum heading into an election is to watch how the media responds to a candidate. If it’s highly negative, it’s because they are worried. For the last three months, the media has grown more hostile towards Florida Republican Gov. Ron DeSantis. It’s not just the apparent fake news stuff either. There appears to be a concerted effort to knock him off now before he gains any further momentum.

DeSantis is a strong, successful Republican governor who appeals to both Trump supporters and establishment GOP members. Like Trump, he’s not afraid to confront the media boldly. Yet, his style is less bombastic. DeSantis’ conservative philosophy is deep, and his decision-making is decisive. For that, the Liberal left-wing media is pouncing hard and trying to take him down.

The Media Takedown Is On

Last October, Gov. DeSantis was the first governor in the nation to revoke COVID-19 mandates. He was labeled irresponsible and reckless. Yet, Florida’s COVID-19 contraction rate didn’t merit the criticism. Florida’s economy rebounded quickly, and scores of people left Democratic states for Florida’s shores to escape the craziness. While the media portrayed him negatively, it just didn’t stick.

According to two polls, DeSantis is on firm ground heading into re-election in 2022. The Florida Chamber of Commerce’s most recent poll released on May 11 showed DeSantis with a 55% overall approval rating. It also said the governor was up double digits on potential 2022 opponents. Another poll, conducted by the Florida Restaurant and Lodging Association, found the governor enjoyed a 60% approval rating, the first time since June 2020.

Additionally, voters in a new presidential straw poll published by Western Conservative Summit on Saturday, June 26, gave DeSantis the top spot over former President Donald Trump. The governor earned a 74.12% approval rating compared to 71.43 for Trump. The poll included prospective top candidates for both Democrats and Republicans. While the straw poll shows DeSantis as an early favorite for president, the Florida governor is non-committal and remains focused on Florida.

Now that DeSantis is capitalizing on his successes, the media is on a tear to destroy the popular first-term governor.

The media is burning through more fake news than a fighter jet burns fuel. Let’s look at some examples over the last three months researched by the New York Post.

There’s plenty more where that came from, but you get the point. There’s a common thread. Journalists aren’t doing their research. Instead, they allow their bias to guide their reporting and keep them from properly researching stories in depth. Simple phone calls, emails, and good communication would stop them in their tracks from reporting the stories they think they know.

It seems they are more bent on taking down Gov. DeSantis than providing the public with good journalism. As it stands, DeSantis could end up as the GOP’s 2024 presidential nominee and the eventual president-elect.

Not if the media can stop it. Unfortunately for them, all they’re doing is making him battle-hardened and bulletproof.

They either don’t know it or are too blinded by bias to see it.