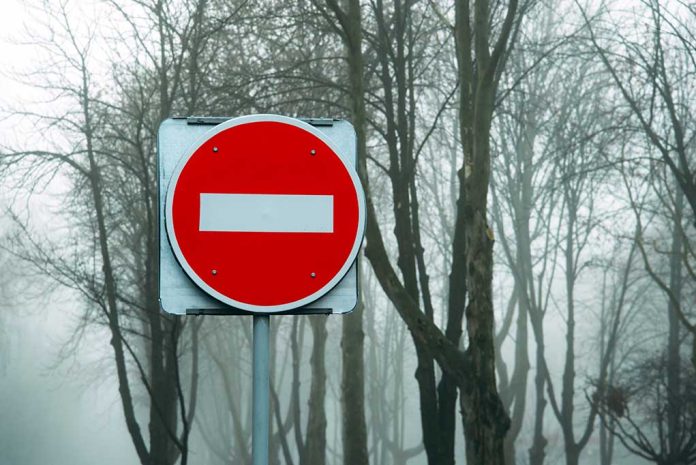 (UnitedVoice.com) – Floridians are used to weird events happening in their state. In the ‘90s, the Virgin Mary appeared on a building in Clearwater. Their criminals make the news for eating faces and they have prehistoric creatures roaming golf courses — no, we aren’t talking about the retirees. But something happened recently that was strange even for the Sunshine State.

Florida officials had to shut down an exit on I-95 in Daytona Beach in June. It wasn’t an accident or anything serious — just 100 homing pigeons that fell off a truck. The birds, which roost at night, stayed on the road for hours until vehicle lights freaked them out. That’s when they became a hazard for drivers as they flew around. Volusia County officials said it was the “worst-case scenario — homing pigeons that [couldn’t] find their home.”

Volusia County: FHP flocks together to save a crate full of pigeons that fell off of a truck, onto I-95. Thanks to Tpr. Wray and Trp. Clark for protecting our citizens and our feathered friends. 73 pigeons rescued. pic.twitter.com/shpQrmT6NH

The busy interstate exit was closed for three hours while sheriff’s deputies tried to catch the birds. Eventually, they were able to capture 73 of the animals.

Homing birds typically have the ability to fly long distances, then find their way home. In fact, these types of animals were often used to covertly carry messages during wartime. It seems this flock, however, was directionally challenged and not quite ready for messenger duty.