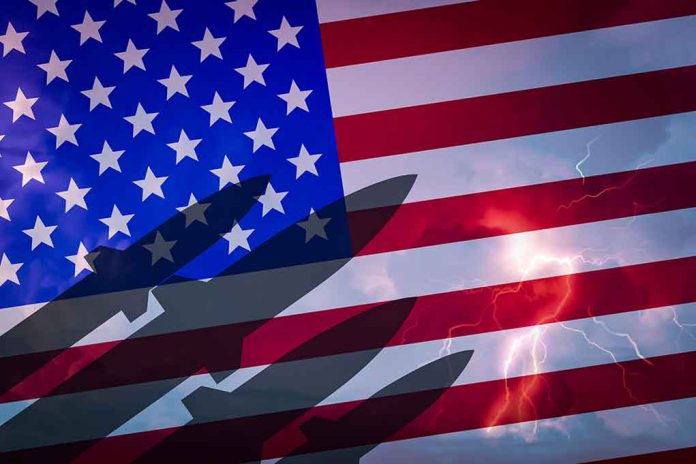 (UnitedVoice.com) – Early in the week, North Korea flexed its military muscle with a display of its ballistic missile capabilities. With South Korea, Japan, and the US engaged in live-fire training in the area, Pyongyang launched an intermediate-range rocket capable of hitting the US territory of Guam. To show its defensive capabilities, Seoul launched some of its own weapons, with at least one ending in disastrous results.

On October 5, residents of Gangneung, a city near the coast, waited in fear for hours after a missile exploded on the outskirts of town. Neither the government nor the military provided an explanation, leaving people uneasy and concerned about the possibility of a North Korean attack. The friendly-fire incident resulted from a missile test gone wrong.

BREAKING: The South Korean and U.S. militaries fired a volley of missiles into the sea and staged bombing drills today in response to North Korea's ballistic missile test over Japan on Tuesday.

One of the South Korean missiles malfunctioned and landed in a military base. pic.twitter.com/CtbWFZASjx

An anonymous source inside South Korea’s Joint Chiefs of Staff confirmed to the Associated Press that the explosion was a military mishap and not an act of aggression. The missile malfunctioned shortly after launch and crashed inside an air force base. The mishap didn’t result in civilian injuries or private property damage. The explosion came from burning rocket fuel and not an exploding warhead. While it was a live-fire exercise, the weapon’s warhead didn’t detonate.

At least one South Korean Official called the incident, and more specifically, the government’s response, irresponsible. Kwon Seong-dong, a governing party lawmaker, called for a full investigation, criticizing authorities for their lack of communication with the public.