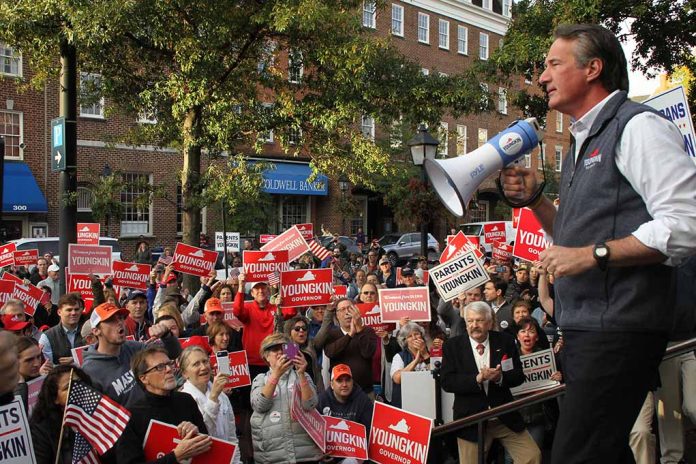 (UnitedVoice.com) – Virginia’s former Democratic Governor Terry McAuliffe hoped to make history on November 2 by becoming the first repeat leader in the state since Mills Godwin in the 1970s. However, Republican Glenn Youngkin had other plans, soundly defeating Hillary Clinton’s buddy and denying him the win he so desperately wanted. House Republicans are celebrating the win by releasing a new list of vulnerable Democrat targets.

In a statement on Wednesday morning, November 3, the National Republican Congressional Committee (NRCC) announced it’s expanding its 57-member target list for the 2022 midterms. This brings it to 70 Leftists who are in danger of losing their jobs. Chairman Tom Emmer said the Virginia election loss was the electorate’s way of rejecting the radical Democratic policies that have devastated the country. He doesn’t believe any Liberals are safe.

New: @NRCC adds 13 new Dem-held seats to its offensive target list after a night of GOP victories in VA

In addition to the Virginia win, New Jersey’s Governor Phil Murphy (D) is fighting to fend off Republican challenger Jack Ciattarelli. The Democrat was supposed to win reelection easily, but the race was still a toss-up as of Wednesday afternoon.

Political pundits largely agree with Emmer’s assessment. The consensus is that if the Left doesn’t change its approach, 2022 is going to be a bloodbath and Republicans are likely going to ride a red wave to victory.