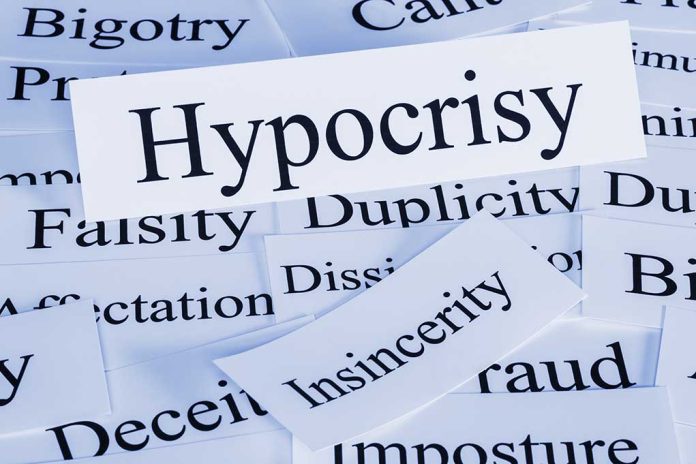 (UnitedVoice.com) – Are congressional Democrats going too far? On Wednesday, December 15, controversy and heated rhetoric broke out on the House floor ahead of a vote on anti-Islamophobia legislation, over which the State Department expressed concerns. The Combating International Islamophobia Act would direct the State Department to add a new politically appointed special envoy and office on Islamophobia. The purpose of the office would be to exclusively monitor and combat Islamophobia around the world.

While some consider the law a good idea, the State Department believes part of the law is too vague. Meanwhile, on the House floor, things got heated. House leaders struck one Republican’s statement from the Congressional record for expressing concerns about the bill and its author, Rep. Ilhan Omar (D-MN). Ultimately it passed on a party-line vote, but it’s unlikely the Senate will ever consider the bill.

The controversial bill comes after Omar and Rep. Lauren Boebert (R-CO) traded barbs over religion. Boebert apologized to Omar and the House for making an offensive statement directed at Omar, essentially equating her with terrorists because she’s Muslim. Democrats are pushing to expel the GOP Congresswoman from her committees and formally censure her despite the apology. That’s where the debate begins, as many Republicans are critical of the hypocrisy on the Left.

Over the last two years, Omar was accused of anti-Semitism, even by many members of her own party. Yet, House Speaker Nancy Pelosi (D-CA) refused to entertain censuring Omar or stripping her from the committees she serves on. While Omar hides behind her religious beliefs to justify her anti-Semitism, the best Pelosi offered was a resolution condemning all forms of religious intolerances. Omar successfully used her religion to justify her behavior several times because Democrats didn’t want to offend Muslims. At what other conclusion could one arrive?

On Wednesday, Rep. Scott Perry (R-PA) had harsh words for Omar on the House floor as GOP frustrations mounted over allegations of hypocrisy by Democrats. Perry accused Democrats of appeasing the Muslim House member and said the bill didn’t have any business being on the floor for a vote. He also said, alluding to Omar’s past anti-Semitic statements, that Omar didn’t have any business sitting on a House committee.

Perry said taxpayers shouldn’t subsidize terrorist organizations Omar is affiliated with through fundraising efforts without providing evidence. The House Freedom Caucus president might have been referencing a 2019 Jerusalem Post article that said Omar spoke at a banquet hosted by a co-conspirator in the largest terrorist financing case in US history. Additionally, a 2019 Washington Free Beacon article postulated Omar was fundraising from charity groups advocating terrorism against Israel.

Additionally, Perry stated the bill doesn’t define Islamophobia and, if made law, could be wielded to target individuals unfairly or wrongly or empower someone in the State Department to spread anti-Semitic views and attack the West under the guise of protecting Islam.

Democrats objected to Perry’s comments on the floor vehemently and lodged a formal complaint with the House Parliamentarian. They accused him of calling Omar a terrorist for his suggestion that she helped fundraise for terrorist organizations — arguably a serious criminal offense. The parliamentarian struck Perry’s statement from the record, and he wasn’t allowed to speak on the floor for the remainder of the session.

The back and forth showed how contentious Congress is and how distrustful members are of one another. This atmosphere is a consequence of not fairly or consistently enforcing House rules. Decisions should not be made on party affiliation when it comes to matters of wrongdoing. Yet, that’s how Democrats have behaved over the last two years with their fellow party members.

There is only one solution: It’s time for the adults to demand leaders stop behaving like partisan children.

Good luck with that.