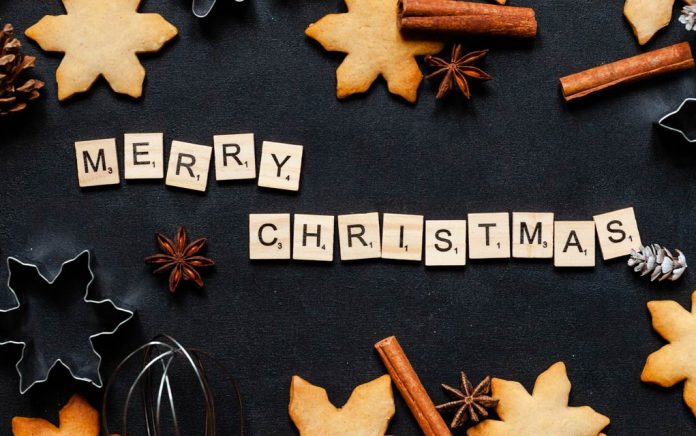 For generations, no, centuries, it has been common practice leading up to Christmas day to wish someone a “Merry Christmas.”

I have a tradition that I perform every year on Black Friday. I’ll go out and shop for my favorite tv show, The Big Bang Theory. Last year was no exception.

It’s always on sale for a deep discount and, really, who wants to pay full price if you don’t have to? As I paid for my DVD the cashier said to me, “Happy Holidays.” Of course, I couldn’t help myself and I responded, “Merry Christmas.”

The cashier looked at me in distress and said, “I wished someone a Merry Christmas earlier and I got a tongue lashing. The person was incredibly rude and told me that she doesn’t celebrate Christmas and didn’t appreciate being told ‘Merry Christmas.’”

I felt the cashier’s pain. I could sense she felt hurt and confused. She wanted to be pleasant and express a Merry Christmas to someone from a good place and with good intentions. She certainly didn’t mean to be offensive.

Every year, it seems more and more people are abandoning Merry Christmas and, in their endeavors at political correctness and inclusivity, are becoming hostile to someone who simply wants to wish them well.

Why and how did such a term of endearment such as “Merry Christmas” end up being offensive to people?

What Are the Origins of Merry Christmas?

It’s not clear where the term “Merry Christmas” came from, but there are two dominant beliefs.

The first one is that an English Admiral used the term in a letter in 1699. The phrase was picked up to create the popular Christmas song “We Wish You a Merry Christmas.”

The second was in 1843 when Charles Dickens used the term in the classic book, “A Christmas Carol.” In that same year, a Christmas card was made that contained the words “Merry Christmas.” Not soon after, Santa Clause could be heard all over shopping centers and malls offering up a hearty “Merry Christmas” to boys and girls in search of the toy of their dreams.

Merry Christmas has been used around the world to wish people happiness and joy during the festive season for hundreds of years.

So, what has suddenly changed?

How Did “Merry Christmas” Become Offensive?

Christmas is a unique and religious holiday. It always has been and always will be, for many. It is a celebration of the birth of Jesus Christ, the Savior of the world. Christmas is a time of joy, happiness, and fun.

While Christmas is deeply ingrained in American culture, many liberals, secularists, humanists, and atheists want to strike Christ from Christmas and make it a purely secular holiday.

Unfortunately, the ACLU and others have sued the federal, as well as state, and local governments to forcibly remove nativities and other Christian symbols from publicly owned properties. Lawsuits have also been brought against schools to remove any aspect of Christmas from plays and musicals performed by children.

Since the early to mid-2000s, some retail stores stopped using Merry Christmas on promotional materials. Allegations have also been made that some employers instructed employees to stop wishing customers a “Merry Christmas,” though most companies have denied that is true.

Why have some companies stop promoting Christmas in their advertisements and promotional materials? This seems to especially be the case with “Merry Christmas” being replaced with “Happy Holidays.”

The most likely reason is that businesses don’t want to offend the public and lose business. In their echo chambers, they heard that “Merry Christmas” was bad for business.

Yet, what they did was spark outrage amongst many that believe political correctness was getting out of hand and fed into the notion that there is a war on Christmas.

Conservatives, and even some liberals, agree the political correctness has gotten out of hand.

“This whole push to remove Christ from the Christmas season has gotten so ridiculous that it’s pathetic. Because of all the politically correct idiots, we are being encouraged to stop saying ‘Merry Christmas’ for the more palatable ‘Happy Holidays’… But this seeming backlash against Christianity is bordering on the absurd, and we should continue to remember that Jesus is the reason for the season.”

According to an NPR/PBS/Marist poll released in December 2018, “Merry Christmas” was the favorite Christmas greeting for 56% of Americans with 31% preferring “Happy Holidays.” The divide is largely split among political leanings. The poll found a 33% point gap between Democrats who say they are “happy” and Republicans who claim to be “merry.”

In another poll by Gallup in 2005, they concluded that “32% of Americans said it bothers them when stores use ‘Happy Holidays’ or ‘Season’s Greetings’ in their displays at this time of year instead of ‘Merry Christmas.’” Additionally, 62% said that using terms other than “Merry Christmas” is a change for the worse.

Americans overwhelmingly love Christmas. Sure, a few may find it offensive when wished a “Merry Christmas.” The fact is, there is nothing offensive about the term. It simply means “I hope I have a Merry Christmas and I hope you do as well.” It’s a term of endearment.

There is nothing offensive about it!

So the next time you’re standing in line at a store, don’t forget to wish someone a Merry Christmas. The odds are strong they will wish you a Merry Christmas as well and they may just thank you with a smile. If they don’t, that’s okay too.