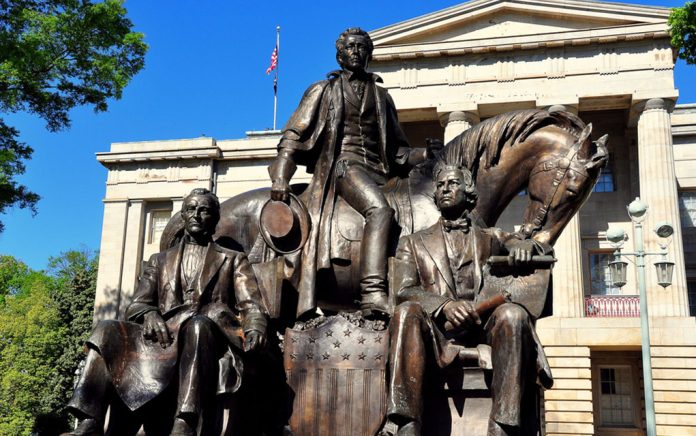 Impeachment of a president is a rare occurrence for good reason. Only twice has a president been impeached by the House of Representatives and spared by the Senate, and these involved Andrew Johnson and Bill Clinton.

In the case of Andrew Johnson, there are a few similar comparisons that can be made with calls for impeachment by Donald Trump:

When calling for impeachment, there are always two questions that should be asked to determine if impeachment is legitimate:

Using our questions as a guide, let’s evaluate the similarities between the Johnson and Trump impeachment efforts.

Andrew Johnson was sworn in as president after the assassination of President Lincoln on April 15, 1865. Congress’ reason for impeachment was to prevent any further abuse of power by the president and demand that any president respects checks and balances.

Johnson and Congress were at odds about whose responsibility it was to ensure reconstruction of the southern states after the Civil War. Congress passed several laws and Johnson vetoed each of them — and then Congress overrode each veto.

The tensions spilled over into Johnson’s Cabinet and in particular with Secretary of War Edwin Stanton. Stanton did not appreciate Johnson’s leniency towards the south and was quite vocal about it. As a result, Johnson fired Stanton in February 1868.

Republicans in Congress knew that Johnson and Stanton were at odds with one another and anticipated that Stanton would be fired. In 1867, they laid a trap for him by passing the Tenure of Office Act into law. This constitutionally-questionable law required that the president obtain the Senate’s approval before firing any official who was confirmed by the Senate.

On February 24, 1868, the House of Representatives moved to impeach Johnson. Not even a month later on March 30, 1868, the trial in the Senate began. Although Republicans had been preparing for the impeachment before Stanton’s firing, the impeachment hearings in the house were extremely short considering the gravity of an impeachment.

It’s debatable if Johnson’s impeachment was justified. Republicans who did not agree with Johnson’s leniency were not pleased with and wanted him removed before he could do more harm than good. The trap was well laid.

The next question is: was conviction possible? The answer is difficult to answer as the outcome could have gone either way. However, considering the state of the country at the time it was not likely. Johnson avoided removal by one vote in the Senate.

Much like Johnson, the Democratic opposition has schemed for three years to remove President Trump. Democrats made a commitment to their base voters in 2017 and 2018 that if they won the House, they would impeachment Trump. After winning the house in the 2018 midterms, it wasn’t a matter of if, it was a matter of how and when Democrats would impeach the president.

For three years, Democrats have been a thorn in Trump’s side with the Russia collusion hoax. Ultimately, the Mueller report did not offer enough evidence to warrant an impeachment. Then, the Ukrainian call happened in July 2019. Democrats’ accusations have continued to change as they searched for evidence for a crime that doesn’t exist. It went from quid pro quo to bribery, to abuse of power — anything they believed will create public support for impeachment.

Regarding the two questions as a standard for impeachment, is an impeachment of Trump justified? Not by any measurable standard of agreement. If it were, both parties would come to terms and agree just as they did with Richard Nixon. As it stands, Republicans are unified that there’s not an impeachable standard or offense.

Second, is conviction possible? The short answer is, no! Trump will not be convicted and removed by the Republican-dominated Senate.

How are the Johnson and Trump Impeachments Similar?

The most obvious similarity is the toxic and poisonous political environments as well as the controversial style of each president. Like Trump, Johnson used heated rhetoric and at times suggested that his political opponents ought to be hanged. Opponents charged that his words and actions were below the dignity of his office. In addition, his inflammatory language was blamed for racial violence against both African Americans and immigrants.

In addition to the shared qualities and personalities of both presidents, speed was also a shared theme in both impeachments. This impeachment process rivals the Johnson impeachment for speed under the guise that the country needs protection from a president.

Technically, to this point, Johnson’s impeachment was the fastest in American history. Trump’s impeachment is moving quickly as well to protect Democrats in the 2020 elections.

Yet, in the case of Johnson and Trump that is exactly what was happening. In both circumstances, the greatest injustice to the Constitution was and is that Congress accused a president of abuse while at the same time abusing their own powers.