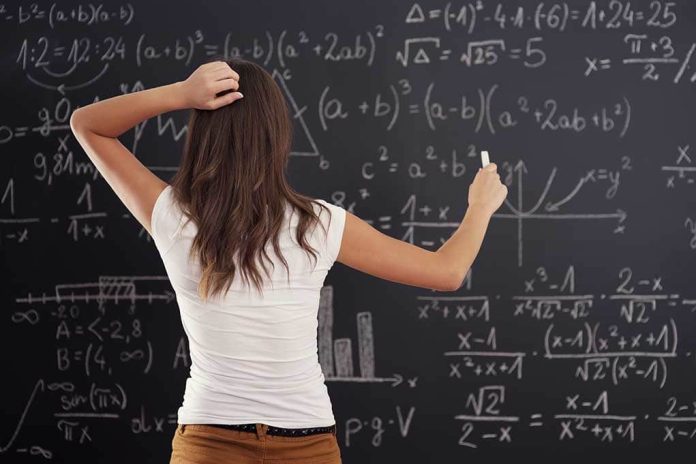 (UnitedVoice.com) – In the 2000 presidential campaign, then-Republican candidate George W. Bush criticized Vice President Al Gore for his “fuzzy math” on social security funding. Some might say fuzzy math is a science in Washington, DC. Truthfully, it’s an art form. Fuzzy math is just another way of saying politicians are using accounting gimmicks to spend more of your hard-earned money and increase America’s debt without you knowing it’s happening.

When President Joe Biden initially announced a multi-trillion dollar human infrastructure proposal, he promised it would be fully paid for without adding any money to the national debt. Democrats began repeating Biden’s claim in recent weeks as they prepare to write and pass a $3.5 trillion partisan, go-it-alone reconciliation bill.

How is that possible? According to the Brookings Institute, the top 1% of Americans hold $25 trillion in wealth. The US government is already nearing $30 trillion in debt and growing.

Politicians are famous for making promises they can’t keep. Unfortunately, it’s par for the course. Over the last year, Congress authorized nearly $5 trillion in new spending during the pandemic. That doesn’t include another $1.2 trillion infrastructure bill the Senate is preparing to pass early next week. When was the last time you tried to write out a trillion dollars on paper? There simply isn’t enough money to pay for all this spending. To make voters a promise they know they can’t keep, the politicians use accounting gimmicks. It’s as dishonest as it can be, but it’s not illegal. Of course not. They write the laws.

Authorizing the spending of taxpayer dollars is a fundamental responsibility granted to Congress in the US Constitution. To hide how they spend your money, lawmakers often use various gimmicks and accounting tricks to hide the actual costs of their legislation. It allows them to justify spending more money and add to the national debt without getting caught.

How Do They Do It?

There are five major ways lawmakers trick us into believing them when they say a legislative proposal is fully paid for when they know it isn’t.

If you listen closely, you’ll often hear that a piece of legislation costs a specific amount of money over time. Usually, it’s ten years or less. A government program looks smaller and less expensive by forecasting over a shorter duration and forcing it to end on a specific legislative date. They just got you. They know future Congresses will extend popular programs, and along with those extensions come new projections and higher appropriations of funds.

Here’s a trick you’ll love. It’s the opposite of a sunset. Instead of paying for something in full when it’s due, legislators will schedule an unpopular tax hike or spending cut in the future. On paper, it looks like money will come flooding in at some point in time to pay for the program’s cost, but does it? Many times Congress cuts the program before the tax increases or spending cuts hit. Or lawmakers extend the program but make no provision for funding because additional taxes or spending cuts were probably not tied to the extension. It’s added to the national debt instead.

What happens to the money if Congress decides to eliminate a program? Or, what if the politicians claim savings for a program that was ending anyway? Congress could simply divert that money for any use as it wants. How is it paid for after it’s gone? You got it again – the national debt.

Anyone who’s been around any level of government knows this is a favorite gimmick. Here’s how it works. If one assumes a faster than expected economic growth, higher tax revenues are sure to follow. This one is pure gambling. There are no guarantees of economic growth, and lawmakers often assume economic increases that are unrealistic.

Politicians will often cite the Congressional Budget Office (CBO) to justify their spending. Here’s the problem with the CBO. It can only account for what’s in front of it. It can’t make assumptions about what could happen or even what is happening. There are no scenarios. It can only use what’s provided to it by Congress to establish a number.

In the coming days, expect to hear a lot about how the Democrats intend to pay for their massive spending proposals. You’ll likely hear one or more of these gimmicks. You may even hear them all.

In any case, you can’t trust their numbers.