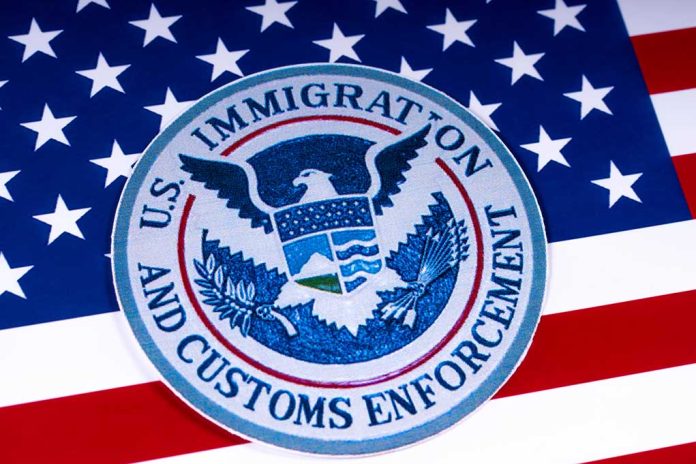 (UnitedVoice.com) – When the COVID-19 pandemic began, former President Donald Trump’s administration put the Title 42 immigration rule in place. It basically allowed the government to quickly deport illegal immigrants because of the public health emergency. President Joe Biden faced widespread criticism within his party after he kept the rule in place when he took office. Now, that same rule is forcing ICE to detain the most vulnerable people.

According to multiple reports, Ukrainian immigrants are traveling to Mexico in order to try to get into the US to declare asylum at the southern border. While European nations open their doors to the desperate refugees, the Biden administration is turning them away based on Title 42.

Axios revealed the White House is worried there could be a mass migration event if they remove the Title 42 policy that the administration has reportedly used more than one million times since Biden took office. The Ukrainian migrants who entered the US are being held in detention like common criminals rather than the refugees they are. Although the admin granted Temporary Protected Status (TPS) to Ukrainians, it only applies to those who have been in America since March 1, leaving out all of the people who have fled the country in the last three weeks.

While Vice President Kamala Harris was in Poland on March 10, she spoke of the refugee crisis saying, “The US is absolutely prepared to do what we can and what we must.” Maybe she should have checked with her boss to see if he was going to do anything to actually let them in.

What do you think about the way Biden is treating refugees? Should Title 42 still be in place now that other pandemic-related restrictions have been removed?