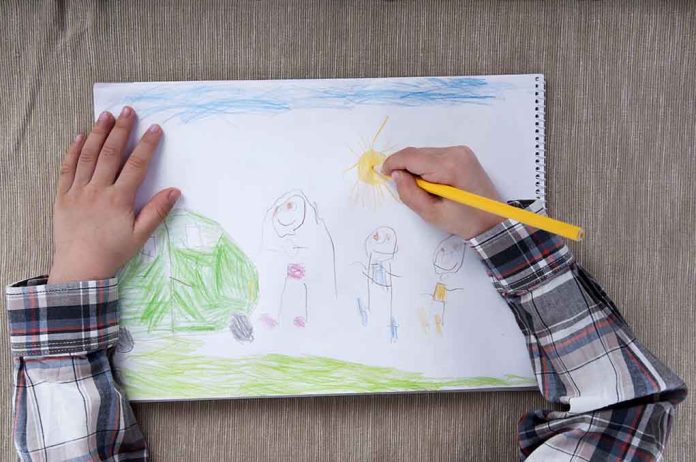 (UnitedVoice.com) – Parents are always looking for ways to keep their kids busy over holiday breaks, especially the little ones. Dillon Helbig didn’t need much to keep him occupied, just a journal, something to write with and his imagination. What he created has become surprisingly popular.

Dillon wrote his first fictional novel over the winter holidays. The book, “The Adventures of Dillon Helbig’s Crismis” by “Dillon His Self” is a story about a boy whose Christmas tree exploded while he was decorating it and he’s transported back to 1621. That’s the year the first Thanksgiving holiday was celebrated in what would later be known as the United States. The 8-year-old wrote the book and illustrated it in 4 days, then he went to the library and left it on a shelf.

When Dillon was asked how he put the book on the shelf, he said he was sneaky like he is when he gets candy.

We’re catching up with 8-year-old author Dillon Helbig and his parents, Alex and Susan, about having his book added to his library’s catalogue. 📙 pic.twitter.com/dnqTkLrZkY

When the library found the book, they decided to add it to their collection. Dillon’s book quickly grew in popularity and now there are 59 people on a waitlist, waiting for their chance to read the only copy of the handwritten book.

Alex Hartman, the manager of the library, told The New York Times that Dillon’s book is a “good story” that “deserves a spot” on the library’s shelves.

Thrilled with the popularity of his book, Dillon has plans to write another one. According to the young boy, his next book will be called, “The Jacket-Eating Closet.”

We’re sure it will be just as popular.