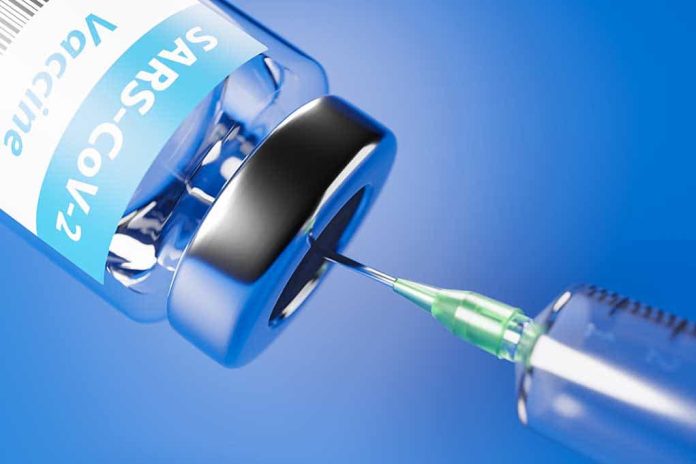 (UnitedVoice.com) – Is America ready for vaccine mandates? On Monday, August 23, the Food and Drug Administration (FDA) gave full approval to the Pfizer COVID-19 vaccine for people 16 years and older. For months, many Americans refused the inoculations under the Emergency Use Authorization (EUA). However, health officials are hoping that Monday’s action by the FDA will prompt more people to vaccinate voluntarily.

According to a Kaiser Family Foundation poll, the news on vaccination percentages isn’t good for the administration. Yet, Dr. Anthony Fauci is holding out hope that with more forced inoculations, the US could turn a significant corner in the spring of 2022. To get there, President Joe Biden is pleading with businesses to institute vaccination mandates; but can the federal government mandate a national vaccine requirement, and is the administration thinking the consequences all the way through?

In recent months, the Biden administration began suggesting businesses should require COVID-19 inoculations. Why go after companies? First, it’s questionable whether governments can legally mandate vaccinations under an EUA. However, nothing stops a private entity from exercising a health mandate as a condition of employment.

In the past six weeks, Biden implemented a COVID vaccine requirement for federal employees and nursing home workers. At the same time, some businesses followed his lead. Google and Facebook were among the first to fall in line, and many more employers now require their employees to vaccinate. That number is likely to grow.

On Monday, Dr. Fauci expressed hope for an end to the pandemic but said it would be contingent on the majority of the 80 to 90 million unvaccinated individuals receiving a COVID vaccine by the end of the year.

Even under full approval from the FDA, it’s still sketchy whether the federal government can mandate a vaccine. The 10th Amendment makes it clear that all authority not given under the Constitution belongs to the states. There is no public health exception. However, states can mandate vaccinations, and they do all of the time. Consider that kids must receive certain shots before attending school. Yet, not all states have the same requirements.

In the end, the president and Dr. Fauci are most likely helpless to mandate federal vaccinations. The GOP leads most states, and much like the flu shot, they might recommend a COVID-19 immunization — but they are unlikely to require it.

Hence, the end-run around state and local governments.

Resistance Is Strong to Mandates

Despite the full authorization status for the Pfizer shot, a Kaiser Family Foundation poll found only 30% of those unvaccinated would likely take a shot in the arm. The debate about vaccine mandates is ongoing. Even some Democratic states are opposed to forced vaccinations. Surprisingly, Democratic Gov. Gretchen Whitmer of Michigan is one of them.

Unfortunately, the elites believe they have a moral responsibility and right to force people to vaccinate. Even though they are wrong, they’ll continue to attempt to shame people. The FDA lists certain circumstances when people should not take vaccinations. But it seems the pro-vaccine hardliners don’t care about immuno-compromised individuals who might be at a greater risk of complications related to taking the shots.

It would be nice if the president would slow down and think through situations like this before resorting to shaming and bullying tactics. Unfortunately, it’s too late for that, even if Biden and his cronies were capable of such moderation.