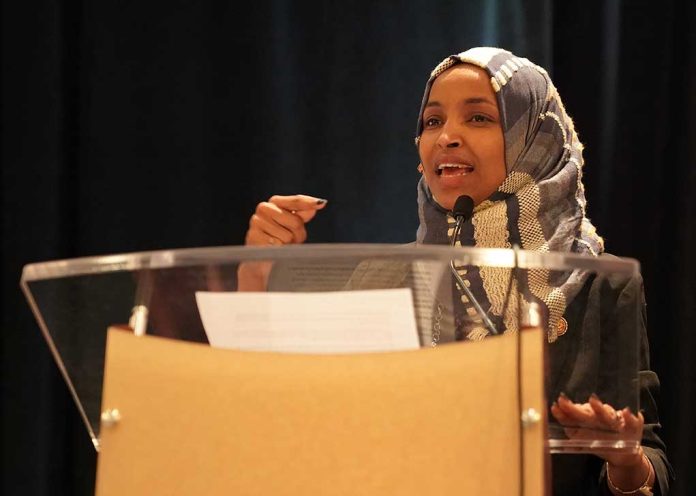 (UnitedVoice.com) – Reps. Ilhan Omar (D-MN) and Lauren Boebert (R-CO) have been locked in a very public feud for weeks. The spat grew even more contentious after a recent phone call between the two women.

Over Thanksgiving break, Boebert made a joke about Omar that was labeled Islamaphobic. Omar was outraged, calling on House leadership to do something to punish the Colorado representative for her words. The GOP congresswoman issued an apology to any Muslims that she may have insulted, including Omar.

I apologize to anyone in the Muslim community I offended with my comment about Rep. Omar. I have reached out to her office to speak with her directly. There are plenty of policy differences to focus on without this unnecessary distraction.

On Monday, November 29, there was a call between the two women. Once again, Boebert says she apologized to her colleague. In a message on Twitter, the Colorado congresswoman said that as a Christian, she didn’t want to ever say anything to offend the religious beliefs of another. Instead of moving on, Omar demanded Boebert issue another public apology, even though she’d already done that. The Republican pushed back, telling Omar to publicly apologize for her “anti-American, antisemitic, anti-police rhetoric.” After some back and forth, Boebert refused to apologize a second time.

It seems there was an error uploading this video to Twitter.

Here is my full statement regarding my call earlier with Ilhan Omar: pic.twitter.com/DLLtp54gAF

Although Omar is calling for Boebert to face repercussions, Democrats seem unwilling to do so. Perhaps that has something to do with the years of anti-Semitic rants that have come from the Minnesota congresswoman. Either way, the Republican lawmaker tried to make things right, but Omar seems to want to drag the fight out and waste everyone’s time.