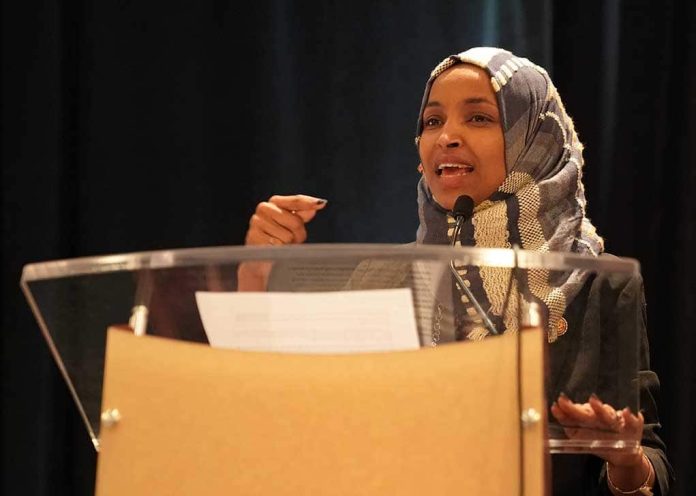 (UnitedVoice.com) – Rep. Ilhan Omar (D-MN) has made her stance on Israel very clear. She’s repeatedly made anti-Semitic comments, as well. Recently, she made an outrageous suggestion that would cripple the majority-Jewish state.

On Tuesday, September 21, “The Squad,” a group of progressive lawmakers Omar is a part of, forced the Democratic Party to pull funding for Israel’s Iron Dome air defense system from the bill that would keep the US government running. The next day, the Minnesota congresswoman announced she doesn’t believe any country accused of violating human rights should receive money from America.

We sold $175 billion in weapons last year—more than anyone in the world—to some of the worst human right abusers in the world.

Here’s an idea: don’t sell arms to anyone who violates human rights.

The NY Post asked Omar’s spokesperson about the remark, claiming she was trying to accuse Israel of violating human rights — something she has done in the past. She wasn’t the only Democrat to take heat for remarks about Israel. Rep. Rashida Tlaib (D-MI) accused the US ally of forcing the Palestinian people to live “under a violent apartheid system.” Rep. Ted Deutch (D-FL) condemned her for the statement, saying it was “consistent with those who advocate for the dismantling of the Jewish state.”

Although the Progressives were successful in blocking the funding earlier this week, their victory was short-lived.

On Thursday, the House of Representatives approved the funding in a $1-billion standalone bill pushed by Majority Leader Steny Hoyer (D-MD). Nine progressives, including Omar, voted against the legislation. It’s now headed to the Senate.