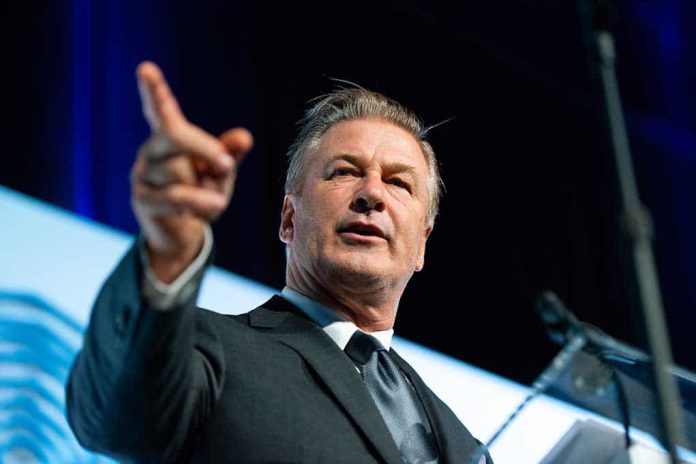 (UnitedVoice.com) – In March 1993, actor Brandon Lee, son of the famed Bruce Lee, died on the set of “The Crow,” after being shot by a prop gun that had a live round in the chamber. Almost 30 years later, actor Alec Baldwin fired a pistol on the set of the movie “Rust,” killing Halyna Hutchins, the film’s director of photography. Director Joel Souza also suffered injuries. Many are questioning why this happened again.

Following the shooting, a petition for the creation of “Halyna’s Law” began circulating. It calls for a ban on the use of real guns on movie and television sets. Actress Holland Taylor called a law like that “overdue.”

This is so overdue it’s heartbreaking:

Hollywood: It’s time to create "Halyna's Law", which will ban the use of real firearms on film produc… https://t.co/ETSQCg6vUH via @Change

Eliza Hutton, Lee’s fiancé, spoke to the press for the first time since his death in the wake of the most recent shooting. She told PEOPLE that Hutchins’ death was avoidable and urged those in power to ban real guns on sets. Brandon Lee’s sister, Shannon, released a statement on an account dedicated to her brother, expressing a similar sentiment.

Our hearts go out to the family of Halyna Hutchins and to Joel Souza and all involved in the incident on “Rust”. No one should ever be killed by a gun on a film set. Period. 💔

Alexi Hawley, executive producer of ABC’s “The Rookie,” announced real guns are now going to be banned from his set. He said, “Any risk is too much risk.” The production crew will replace prop guns with replica guns and add muzzle flashes post-production.

Many other stars and directors are demanding change. The Change.org petition to ban real weapons from sets has more than 60,000 signatures at the time of this writing.