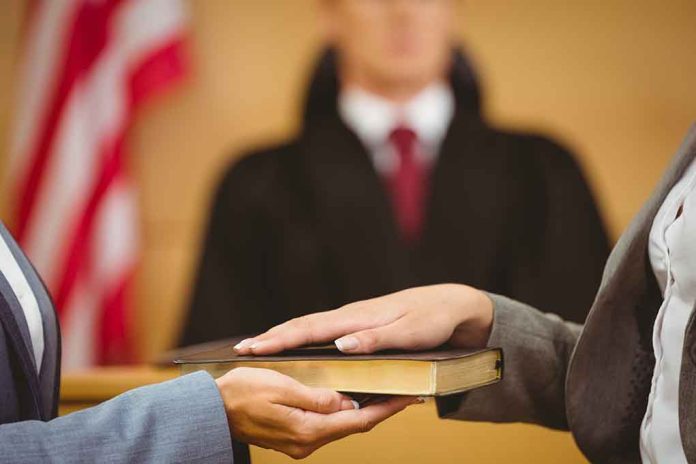 (UnitedVoice.com) – The position of New York City Police Commissioner is arguably one of the most important law enforcement jobs in the country. The person in this position is responsible for approximately 36,000 police officers who protect the city of more than 8 million people. And in 2022, a history-making appointee will take over the job.

On Wednesday, December 15, NYC Mayor-elect Eric Adams announced Nassau County Chief of Detectives Keechant Sewell, 49, will be the next NYC police commissioner. The appointment is historic; she’ll become the first female to serve in that position. Adams described the chief as someone who “carried a sledgehammer and … destroyed every glass ceiling in her way.”

Keechant Sewell, the Nassau County chief of detectives, will become New York City's first female police commissioner. Her appointment was seen as one of the most important decisions for Eric Adams, the incoming mayor, as he fills out his administration. https://t.co/geRlhpYUlN pic.twitter.com/zUZuI4wZti

Sewell is a veteran law enforcement officer who grew up in Queens. She’s served in the Nassau County Police Department for 23 years and is currently a member of the New York-New Jersey Joint Terrorism Task Force.

Sewell said she’s prepared to “meet the moment” and understands the “historic nature” of her appointment.

The appointment of Sewell was one of the most important personnel decisions Adams had to make as he filled positions in his administration. He ran on a pro-law enforcement, anti-defund the police platform. This was an opportunity to show the city he intends to keep his promises — and he chose his commissioner well.