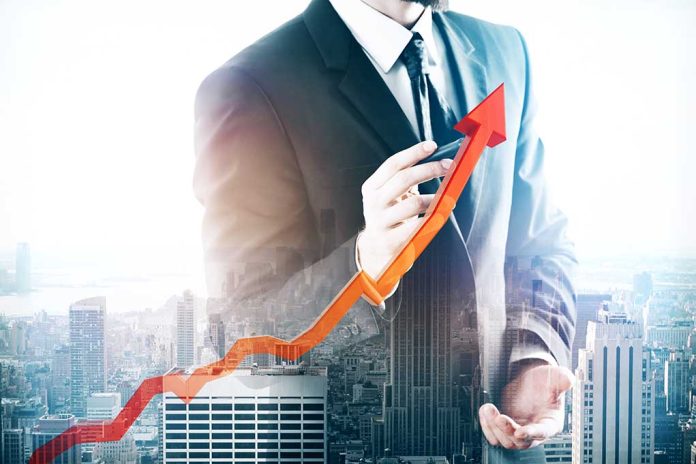 (UnitedVoice.com) – In early 2021, many questioned what the central narrative of the Biden administration would be in the first year. So much went wrong for America in such a short time that plagued Joe Biden. In January 2021, Biden declared war on energy. In March, Democrats blew $2 trillion on the COVID-relief plan that appears to have failed. Last spring, the president chastised Republicans for reforming election laws. Need we say anything about Afghanistan?

While incompetence may be the central theme of the Biden experience, inflation is the core narrative. It paints the picture of everything wrong with Biden’s far-left policies. Economists expected some mild inflation as the economy reopened after shutdowns. Yet, it seems only Republicans and conservative economists saw the pending inflation crisis coming in March 2021. On Wednesday, January 12, the Labor Department released the December inflation report. Needless to say – it’s as bad as expected.

Never challenge how bad something can get; it’s a losing strategy. Unfortunately for America, December’s inflation report shattered a 1982 record. Compared to December 2020, inflation rose an astounding 7%, according to the consumer price index (CPI). Here’s the challenge for economists and the Biden administration – it’s not any one thing driving up inflation.

Gasoline is up nearly 50% compared to over a year ago. Those of you driving to work every day feel the pain of the pump on your wallet. Food prices jumped 6.3% higher. If you’re looking for a car or truck, get ready to feel the pain, as purchasing one will set you back an additional 37.3%. The cost to maintain your home also went up 0.4% in December and 4.1% year-over-year. That’s the fastest rise in shelter costs since February 2007.

Making matters worse, the exploding inflation is eating away at growing wages. On an annual basis, real earnings dropped 2.4%.

There are three main culprits to the spike in inflation. As former Democratic Treasury officials warned, throwing trillions of dollars into the economy with nowhere for it to go is a bad investment. During the 1970s inflation crisis, Nobel Laureate Economist Milton Friedman proved that when the government doubles the money supply, prices double as businesses and individuals find ways to spend it.

Higher wages also play a significant role. Prior to the pandemic, Democrats pushed a $15 minimum wage. Many argued against it, saying it would ultimately hurt those policymakers meant to help as businesses raise prices to pay for the increased capital. As prices rise faster than wages, real earnings end up upside down, which is what’s happening now.

Finally, grocery store shelves are empty in many parts of the country. The first problem arose in October as supply ships were unable to unload and sat off the coastline of California. A lack of workers and the inability of the supply chain to get moving again were the primary causes of the supply chain crisis. Now, vaccine mandates and Omicron are adding to the mix. As people report positive for COVID, they are home recovering as well as trying to stop the spread of the virus. That’s leaving employers shorthanded across the board, impacting supply chains once again.

So, will this ever end?

Not if Joe Biden has his way. His transition medical adviser team is arguing it’s time to move on and drop the zero-COVID policy. The president is rejecting that idea. In the polls, it’s severely hurting him, and Democrats in 2022 could pay the price for their role in the government’s incompetency.

Unfortunately, inflation and empty shelves may be a part of the American experience for some time.