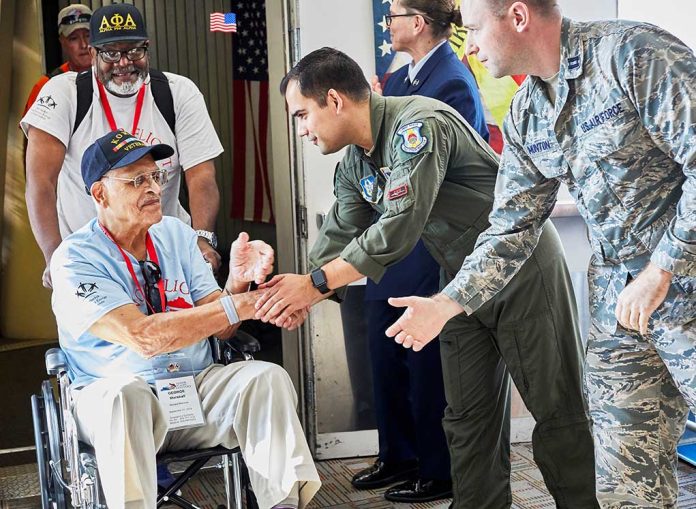 (UnitedVoice.com) – A group of injured veterans has accused President Biden of ignoring the sacrifices they and thousands of other victims of terrorism have made. The comments are in reference to the billions of dollars confiscated from Afghanistan last year. Biden wants to use the money to pay off claims dating back to the 9/11 attacks; the veterans say it should go to actual victims, not insurance companies.

NEW: A group of veterans say Biden is ignoring their sacrifices.

Biden routed billions in seized Afghan funds to insurance companies, but terrorism victims say the funds should go to a federal trust created in 2015 to compensate them.

Last year, the US operation in Afghanistan came to a chaotic end ordered by Biden. As part of the operation, an American court froze $3.5 billion of assets owned by Afghanistan’s central bank to keep it out of the hands of the Taliban. Now, the president has signed an executive order that hands the money to a small group of 9/11 survivors represented by lawyer Lee Wolosky — who, until January, was Biden’s White House counsel on Afghanistan.

On April 11, a group of over 400 veterans who were injured in terrorist attacks wrote a letter to leading members of the House and Senate Armed Services Committees, asking them to push Biden into reversing that decision.

The veterans argue the money should be paid into the US Victims of State Sponsored Terrorism (USVSST) Fund, where it can be shared by all victims of groups like the Taliban, al-Qaeda, or ISIS. In their letter they say, “This decision ignores the sacrifices made by the U.S. military serving our country abroad” and say the USVSST Fund was set up specifically to make sure all victims shared compensation payments, not “a select group” — and, in this case, a select group represented by a lawyer linked to the president who handed over the money.