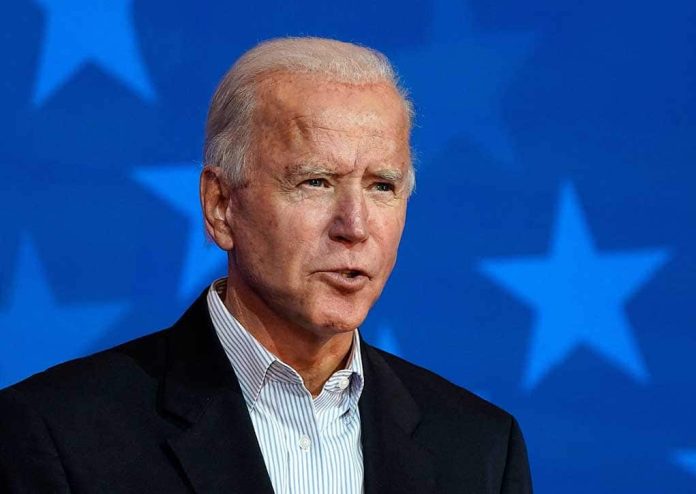 (UnitedVoice.com) – Is President Joe Biden acting unconstitutionally once again? In August, the US Supreme Court ruled the CDC’s eviction moratorium violated the Constitution. It appears Biden’s workaround to force vaccinations is more of the same as the small but powerful Occupational Safety and Health Administration (OSHA) works on drafting the rules to enforce businesses to ensure their employees are vaccinated or tested for COVID-19 weekly.

It’s still undetermined when the COVID vaccine mandate will go into effect. The moment it does, Republicans say they are ready to go to court. There are several points on which the GOP is likely to attack the law, and in each scenario, precedent may be on their side.

Is OSHA on Shaky Ground?

There are a few reasons an OSHA vaccine mandate on businesses could be on shaky ground. More than once this year, federal courts overturned an executive order by President Biden due to “arbitrary and capricious” clauses in the Administrative Procedures Act (APA). In OSHA’s case, the agency normally issues a regulation through a process known as “Notice of Proposed Rulemaking.” The federal process helps the agency create strong rational standards and prepare for judicial reviews. The method documents why, how, and when OSHA creates a policy. It can take years for the federal agency to execute a ruling.

However, in this case, the Biden administration is using an “Emergency Temporary Standard” (ETS). The process bypasses the protections for regulated and judicial review. It allows the agency to regulate first and explain later. To use an ETS, OSHA must determine workers are in “grave danger” and need the ETS to protect them. The standard is vague at best and is likely to force questions such as, is someone at grave danger if they have antibodies from a previous bout of COVID-19 or if they are vaccinated?

Then there is the issue of precedence. Courts almost universally hold OSHA to more stringent standards when it comes to an ETS. According to a Congressional Research Service report, the workplace agency rarely uses the emergency measure since federal courts struck down its use in 1983. According to the CATO Institute, OSHA used the ETS process nine times. Of the six emergency uses challenged, OSHA lost five of them in federal court.

Not only is the process important, so too is the court’s interpretation of the Commerce Clause. According to the 10th Amendment, the Constitution limits the federal government to what it expressly authorizes. In fact, 7 of the 10 amendments in the Bill of Rights tell the government what it can’t do, not what’s permissible. The states regulate public health, not the federal government. Here’s the key… the mandate is being forced on businesses who operate within a state’s borders and on employees who stay within a state for employment purposes. There is no commerce across state lines to control. Therefore, the government’s authority under the Commerce Clause doesn’t apply.

Finally, the government cannot force a business to act as federal police. It appears Biden didn’t learn this lesson. In 2010, Georgetown University Law Center Professor Randy Barnett explained the federal government doesn’t have the authority to “commandeer” (i.e., force) businesses to enforce mandates on individuals that it can’t impose itself.

When the administration launches its vaccine mandate, these are likely issues the states will argue before the courts. Don’t be surprised if it goes the way of the eviction moratorium.