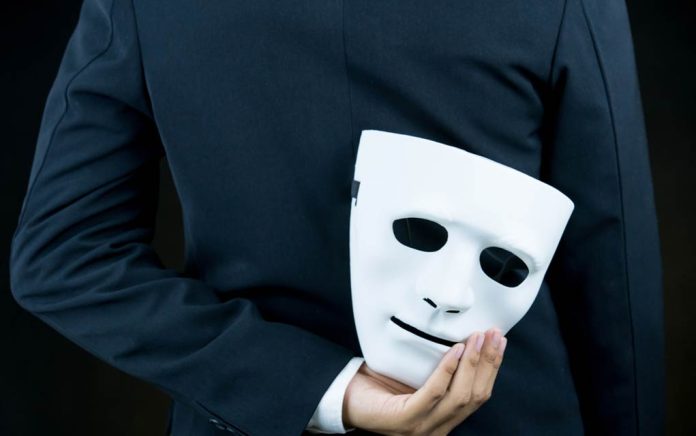 (UnitedVoice.com) – In 1886, Scottish writer Robert Louis Stevenson introduced the world to Dr. Jekyll and Mr. Hyde. It’s about one person who shares two alter egos that are wildly contradictory to one another. Ever since former Vice President Joe Biden secured the delegate count and Sen. Bernie Sanders (I-VT) dropped out of the Democratic primary, something happened to Biden. One minute he’s one person and the next minute he’s another.

For decades, the media has heralded Biden as a moderate centrist who could cross the aisle to get things done. In the fall Democratic primary, Biden generally tried to position himself as the one candidate that could defeat President Trump because he wasn’t a far left candidate, and he pulled it off.

During the primaries, Biden occasionally departed from the radical leanings of those like Sanders and Sen. Kamala Harris (D-CA), who is now his vice-presidential running mate.

Biden rejected universal healthcare and called for improving Obamacare. He disapproved of the radical elements of the Green New Deal. The former VP was also not an advocate of outright forgiving student loans or offering free college at four-year universities. Furthermore, last fall then-candidate Biden expressed concern that the multi-trillion-dollar costs of far-left policies went too far, would alienate voters, and play into Trump’s hands.

In early July, Biden struck a “unity” task force deal with Sanders and loudmouth Rep. Alexandria Ocasio-Cortez (D-NY). This exposed his inner Mr. Hyde. What Biden once saw as radical was embraced to ensure he could capture the votes of the far left. Biden and his campaign must believe that he can’t win without them.

In the weeks leading up to the convention, Biden shrugged off his perceived modernism and declared that he would be the most progressive president in American history.

Yet, his handlers in the media are still trying to portray him as a moderate based on his 47-year track record in public service. As they say in the investment community, past performance is no indicator of future results, especially when the candidate is telling America his intentions.

In the unity task force agreement, Biden agreed to embrace free college tuition for middle and low-income families at public universities, as well as Sanders’ plan to forgive student debt up to $50,000. He’s now pushing a Medicare-administered public option instead of improving Obamacare. Finally, AOC shared that the Democratic nominee also agreed to shave 15 years off his original target for 100% clean energy in the Green New Deal.

The Climate Task Force accomplished a great deal. It was an honor to serve as co-chair w/ Sec. @JohnKerry.

Among the notable gains: we shaved *15 years* off Biden’s previous target for 100% clean energy. https://t.co/pnLj7uufeg

In the 1990s, then-Sen. Biden (D-DE) helped draft law enforcement legislation that added police to the streets and ultimately sent untold numbers of black men to jail for non-violent crimes. In the wake of protests and riots over police brutality, many Democratic-led cities are embracing the “defund the police” movement. While Biden won’t admit he will defund the police, he said he would reallocate funds from the police to social services.

However, isn’t that defunding the police?

Is the Democratic nominee the moderate Dr. Jekyll that the media and talking heads want the public to believe? Or, is he the Mr. Hyde ready to wreak havoc and destruction through the implementation of far-left socialist policies?

One thing is clear: Biden isn’t the moderate he sold himself to be in the primaries or that the media pundits keep repeating on political news shows. He’s as much as admitted it.