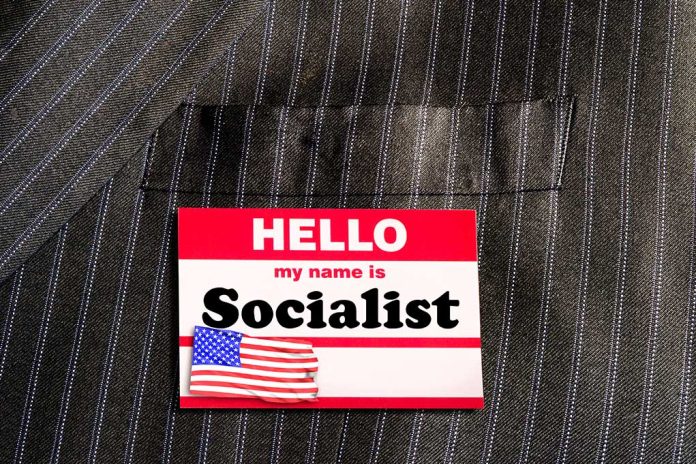 (UnitedVoice.com) – A common refrain among the Left, Center, and Right is that America’s Democratic Republic is at risk of failing. Are we headed towards Socialism or at least a hybrid form of it? Yes, there is a risk bad actors could thwart the Constitution. That risk has been with us since 1787, and the risk of failure will never leave us. Here’s the good news, the founders anticipated this would happen.

In 2021, Conservatives are rightfully concerned about the Democrats’ attempt to transform American society. It’s been an aim of the Left for 20 years, and each decade they delve deeper and deeper into the policies of the Socialist movement that’s been in America for nearly 150 years. As an extreme minority, it was always deep under the surface. In the 2016 presidential primary season, all that changed when admitted Socialist Sen. Bernie Sanders (I-VT) emerged as the fighter of government corruption and corporate greed. Little did we know, according to Sanders, the answers to the problems that ail America were right in front of us. However, the actual solutions are not so simple.

Bad Actors, Intentions, and the Purpose of Government

The framers formed the government as three distinct parts to ensure checks and balances, making sure no one person or group could create a monarchy or dictatorship. Even within the three branches of government, there are checks and balances. In Congress, the Senate should counterbalance the House. This ensures lawmakers enact legislation through consensus, compromise, and a majority agreement.

Humans, by nature, find ways to create coalitions to drive agendas. This dynamic is the primary function of political parties. The government and the political system are susceptible to bad actors and their intentions. People lie, cheat, steal, and do malicious things to one another. In its purest form, Democracy brings out the worst in people. That’s why the framers knew they needed to design the government to inhibit corrupt, immoral and unethical, if not illegal, behavior from elected officials.

Therein lies the real problem. The framers created a system of government meant for moral and virtuous people. John Adams stated, “Public virtue cannot exist in a Nation without private Virtue, and public Virtue is the only Foundation of Republics.” The framers believed the government is dependent on virtuous and moral people to work correctly.

The government’s role is to create fair rules, referee bad behavior, and ensure personal liberties. For the Republic to work, it depends on elected officials to live with integrity and honesty and do the right thing. How does that work when society is morally bankrupt? It’s painful to say: it’s not just Democracy at risk, but rather it’s humanity that’s at stake. The government reflects its people.

In Federalist 10, James Madison wrote “factions” are a part of life. After the Revolution, Madison was all too aware of the dangers. He warned a factious “spirit” could affect society and government at any time, and the threat could either be removed or controlled. He called the first option impossible and the second a plausible challenge.

Madison believed a representative government was the solution to the problem. However, it came with a provision. It needed to be large enough to overcome the “fractions” both within the government and outside of it. He noted the smaller the society and the corresponding smaller number of representatives, the easier it becomes to “execute their plans of oppression.”

Let’s put this into our context today. The Democratic majorities in the House and Senate are razor-thin. Within both chambers, the Left and Centrists disagree about the semi-Socialist takeover of America but agree in principle some things need to change. What’s happening right now was foreseen by Madison. The Big Tent is thwarting President Biden’s agenda.

House Speaker Nancy Pelosi (D-CA) acknowledges the size and scope of the Left’s dream package will dwindle. Will it diminish enough to lose the support of the far-Left, or will both sides compromise? It’s a guess, but it’s more likely the legislation will die than survive. The Left and Centrists are dug in too deep to reverse course, but anything can happen.

In this case, the Constitution wins, and so did Madison’s idea of how representative government might contain “factions.” However, there’s one other caveat… we still must consider the root issue: The American people. If voters continue to send morally bankrupt politicians to Washington, on both sides of the aisle, the struggle to stop the Socialist movement won’t end.

It’s up to America what the outcome will be — will we preserve liberty, or will the country turn to Socialism? In the end, it’s up to us, not Congress or the president.