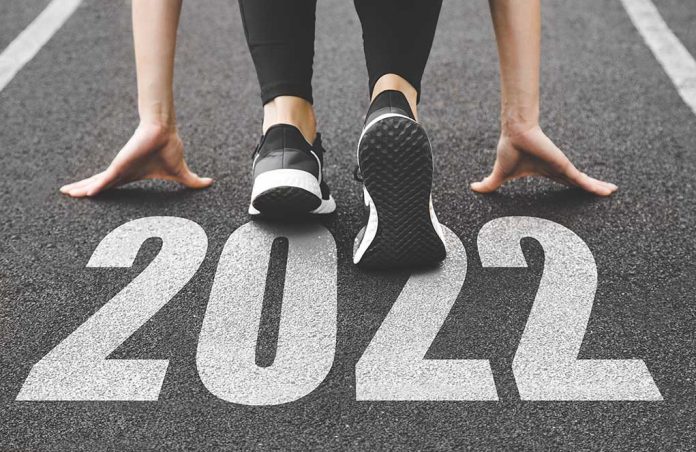 (UnitedVoice.com) – In normal times, the sitting president’s party typically struggles to maintain control of Congress during the midterm elections. These are not normal times. The country is as polarized as its ever been. Yet, in 2021, Democrats with razor-thin majorities in both chambers behaved like they had massive majorities and a mandate from voters. They overplayed their hand.

In January, the Democrats were ecstatic about their prospects to transform America. The political reality was never on their side. Now, the party faces a shellacking that could be devastating. It could even make the once great party a minority force for at least the next decade, and no one reason is to blame for their potential misfortunes. As the reality sets in, numerous House Democrats announced their retirement. There is optimism growing among Republicans that the opportunity to retake both chambers of Congress is not only possible, but it’s also likely.

Democratic lawmakers and political strategists are expressing pessimism over their chances to defend their weak majorities in 2022. The party argues their fortunes depend on President Biden’s Build Back Better two-tier infrastructure plan. That’s wishful thinking.

The pile of failures is growing, and voters see the Democratic agenda up close for the first time. Sure, they’ve talked about transforming America since Barack Obama’s 2008 campaign for president. Now, America sees what they are proposing. There’s a reason Biden, House Speaker Nancy Pelosi (D-CA), and Senate Majority Leader Chuck Schumer (D-NY) tried to shove their semi-socialist plan down America’s throat so quickly. Time isn’t on their side as America learns more about their goals, such as the IRS snooping on every bank transaction over $600. That’s just for starters.

Their radical spending agenda is only one part of their problem. In Virginia, the gubernatorial race may turn on Critical Race Theory in schools. Immigration is a crisis of Biden’s making, and he’s the self-acknowledged leader of all Democrats. Inflation is sky-high after they tried reassuring the nation it was temporary. Economists now say it’s likely to last through 2022, if not longer. Store shelves across America are empty. Unvaccinated workers are losing their jobs because of Biden’s urging and upcoming vaccination mandate. Things in America aren’t getting better. They’re getting worse.

Why Should the GOP Be Optimistic?

Currently, the Democrats enjoy only a five-seat advantage in the House. GOP-led legislatures and governors control the majority of states, and redistricting will likely result in a significant GOP advantage. Complicating matters for the Left, ten Democrats have announced their retirement. With such small majorities, to begin with, the momentum is with Republicans in the House.

In the Senate, Progressive consultant and pollster David Shor is predicting bad news for Democrats. He’s warning they could face a decade of powerlessness over their radical policies and abandonment of non-college-educated voters who fled to the GOP under Donald Trump.

Shor mathematically predicts if Senate Democrats only rank at 51% in the polls, they will lose a Senate seat and the chamber to Republicans. To beat Republicans and keep the Senate, they need a nearly impossible four-point advantage in the polls to maintain a 50-50 chance at holding the majority. To accomplish the goal, Shor says Democrats may need to embrace populism. However, that would also mean they must abandon their far-Left agenda.

So, a leading Democratic consultant and pollster believes the Left’s agenda is what’s killing the party. He doesn’t directly say that, but it is the implication. It makes sense if only 25% of Americans define themselves as Progressives. Shor said there are three times more Moderate nonwhites than very Liberal White people. Yet, the very Liberal White people represent the Democratic Party. What happens if the nonwhite Moderates leave the party? The exodus may already be underway.

Is there a reason for optimism for Republicans?

However, the party must work to thwart the Left, make a case for Conservatism and solid economic opportunities over government dependency, and invite more people into the party. If that occurs, then Shor may be right. The GOP may dominate US politics for at least a decade.

The Democrats will only have themselves to blame if this occurs.